Napoli to Score in Both Halves

Napoli and Sampdoria lock horns at the Stadio Diego Armando Maradona on Sunday. Can the hosts keep their title bid on track with a victory over La Samp? Read our expert predictions and find the latest odds for the game below in our match preview.

Sampdoria have lost each of their last six meetings with Napoli ahead of their latest test against the Partenopei. Find our top three predictions for the fixture below.

Napoli to Win and Both Teams to Score

Napoli have hit a few bumps in the road of late, though their recent head-to-head record against Sampdoria is outstanding and the Partenopei look ready to claim three points at La Samp’s expense again. Napoli are searching for their seventh straight victory against Sampdoria on Sunday, and though we’re tipping them to find it, their record of just one clean sheet in their last five assignments at home is dodgy enough to suggest the visitors can notch a consolation.

Napoli to Score in Both Halves

As we discussed in our first prediction, Napoli have been the overwhelmingly dominant force in their recent encounters with Sampdoria, recording six straight wins against their beleaguered opponents. Interestingly, Napoli also rattled the net in both halves in five of those six wins and with that record pushing them on, we expect the hosts to register efforts either side of the interval again.

Napoli have had Sampdoria’s number in recent seasons and the Partenopei are favourites to topple La Samp again on Sunday.

Alex Meret, Kevin Malcuit and Hirving Lozano are all out with COVID-19, while Fabian Ruiz and Victor Osimhen are both out injured for Napoli. Kalidou Koulibaly, Adam Ounas and Franck Zambo Anguissa are all away on AFCON duty for their respective countries. Despite their long list of absentees, Napoli battled to a more than respectable 1-1 draw at Juventus on Thursday evening.

Tommaso Augello, Valerio Verre, Mikkel Damsgaard and Wladimiro Falcone are expected to miss out again this weekend for Sampdoria, while Omar Colley and Albin Ekdal remain doubtful. Kristoffer Askildsen is available again following his suspension for an accumulation of bookings however. La Samp were beaten 2-1 at home by Cagliari on Thursday despite securing an early lead and they will need to show massive improvement to avoid been hammered by Napoli on Sunday. Antonio Candreva was sent off in that defeat and will miss this weekend's game as a result. 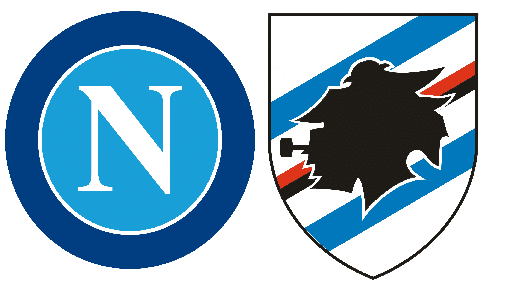 Napoli hammered Sampdoria 4-0 when the teams last met on September 23.

Sunday’s game will be contested at the Stadio Diego Armando Maradona.