Napoli are already off to a flying start following their 5-2 victory at Verona last weekend and now they have the home advantage against one of Serie A's new boys, Monza. The visitors lost their first-ever game in the top-flight at home to Torino and now face an even bigger challenge away at one of the title favourites.

There isn't much history between these two clubs with the pair only meeting on four previous occasions between 1999-2000 when both sides were plying their trade in Serie B. Napoli are the big favourites to win this weekend and for good reason. The hosts have by far the stronger of the two squads, got off to a winning start on the opening weekend and started last season with real purpose as well. Monza haven't faced a side of the class and ability of Napoli before and we're backing the hosts to win and keep a clean sheet on Sunday.

Napoli's Nigerian striker, Victor Osimhen, is off and running this season after he scored one of the 5-goals against Verona last weekend. The 23-year-old is highly sort after around Europe having reached double figures in each of his last four seasons with three different clubs. Last season, Osimhen netted 14-goals in Serie A, his highest total for league goals in any single campaign, so you can see why we're backing him to score against Monza on Sunday.

Napoli put in a 5-star performance away at Verona last weekend, despite going a goal down in the 29th-minute. Kvaratskhelia equalised for the visitors in the 37th-minute and a goal in first-half stoppage-time from Osimhen put Napoli 2-1 up at the break. Verona did manage to get back onto level terms early in the second-half but goals from Zielinski, Lobotka and Politano helped wrap up a very convincing 5-2 win for Napoli in the end.

Monza would have been hoping to use their home advantage to help get their first-ever Serie A points on the board when they played Torino last weekend. However, the visitors went in at the break 1-0 up and doubled their advantage in the 66th-minute. Monza kept plugging away and eventually pulled a goal back through Mota in stoppage-time but there wasn't enough time remaining to carve out an equaliser so the scoreline ended 2-1.

Napoli: the hosts have no fresh injury concerns or suspensions heading into Sunday's clash with Monza.

Monza: the visitors have a clean bill of health and no suspended players this weekend.

Your Questions for Napoli vs Monza 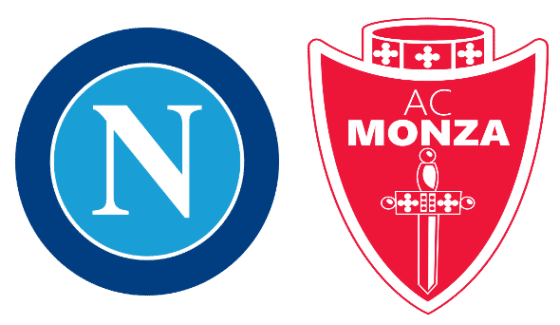