Juventus are one of the favourites to win the Serie A title this season but their failure to win either of their opening two fixtures has some people second-guessing the Italian giants. Napoli have a 100% record after two matches and will be looking to take advantage of an out of form Juventus this weekend.

We're expecting a close and competitive 90-minutes between these two clubs with not many goals on offer come the final whistle. Under 2.5 goals have been produced in three of the duo's last four encounters, as well as in Juventus' last game at home to Empoli.

As far as a final scoreline is concerned, we're backing a narrow 1-0 win for the home side. Napoli's last win against Juve was by a single goal to nil and Juventus lost their last match 1-0 against Empoli. Napoli kept a clean sheet in their opening home game against Venezia and while they scored twice in each of their first two Serie A games of the season, Juve's defence should prove harder to breach.

Key stats, markets and odds for Napoli vs Juventus

Goals from Ruiz and Petagna helped Napoli to maintain a 100% start to the new season as they beat Genoa 2-1 away. Napoli are expected to challenge for the Champions League places this season but their positive start to the campaign could see the club emerge as dark horses for the title.

Before a ball was kicked this season, Juventus were the bookmakers' favourites to knock Inter Milan off their perch and win the title but so far they don't look equipped to do so. A 2-2 draw away at Udinese was followed up with a shock 1-0 defeat at home to newly-promoted Empoli and now a tricky trip to Napoli awaits.

Napoli: Alex Meret, David Ospina, Piotr Zielinski, Dries Mertens, Faouzi Ghoulam, Diego Demme and Antonio Cioffi are all expected to miss this weekend's clash with Juventus for one reason or another.

Juventus: Aaron Ramsey, Arthur, Kaio Jorge and Caviglia all have injuries that are expected to make them miss the trip to Napoli on saturday. 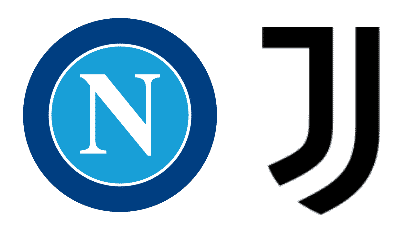