Napoli's excellent start to the new Serie A campaign has moved them in many people's eyes from Champions League hopefuls to genuine title challengers. On Sunday night, Cagliari provide the opposition at the Stadio Diego Armando Maradona, a side that are yet to win any of their opening five matches.

Our Three Predictions for Napoli vs Cagliari

Here are our predictions for Napoli vs Cagliari

Napoli have the home advantage and back-to-back 4-0 wins in their pocket, so is it any surprise that we're backing the home side to be leading at the interval? Cagliari are conceding goals and losing matches on a regular basis and nobody is expecting them to take the game to their hosts this Sunday, which is another reason we're expecting Napoli to lead at half-time.

Nigerian international Victor Osimhen already has three goals to his name this season and we're backing the striker to get on the scoreboard once again this weekend. last season, Osimhen netted 10 league goals in just 16 starts and he has established himself as a key figure is this Napoli team since moving from Ligue 1 side Lille.

Table-toppers Napoli aiming for another win

Napoli followed up their 4-0 thrashing of Udinese with yet another 4-0 win on the road against Sampdoria. Osimhen netted two of the visitor's goals and Ruiz and Zielinski scored the others as Napoli dominated their hosts from start to finish and could have scored more goals. That result means that Napoli moved back to the top of the Serie A table and still have a 100% record after five matches.

Cagliari failed to secure their first win of the season at their fifth attempt in midweek, going down 2-0 at Empoli. Cagliari only have 2pts on the board so far and after battling relegation last season, the omens don't look good for Sunday's guests in the early stages of the latest campaign. The visitors have looked good going forward, up until that Empoli defeat, but now they face a Napoli side that are brimming with confidence following back-to-back wins and clean sheets.

Napoli: Lobotka and Mertens are the two main injury concerns for the hosts this weekend.

Cagliari: Zappa will miss this game through injury, while Farago, Ceter, Ladinetti and Rog are all injury concerns. 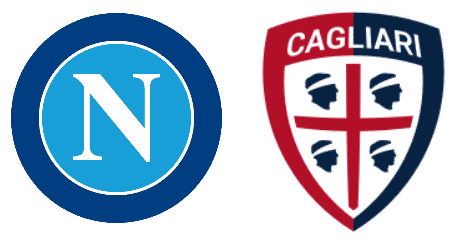