Montpellier and Brest are assured of their places in Ligue 1 next season. The hosts are 11th while Brest is 13th on Ligue 1 table. Six points sit between these teams and so, we don’t expect a hard-fought supremacy battle, except that with nine games left to play, both sides look to steady their places. Read our match analysis and preview for the best predictions and odds.

Here at Football Whispers, we always want to give our readers the best when it comes to Ligue 1 predictions. Interestingly, Brest is yet to defeat Montpellier after 12 meetings even though H2H stats between head coaches of both teams paint a different picture. Read our best predictions for this game below and place your bet accordingly.

We expect the hosts to be on the score sheet first in this duel with Brest. An emphatic 4-0 victory in the reverse game sets the stage for another epic battle between two mid-table teams that have little to play for, except to steady their positions on Ligue 1 table standings. Backing the hosts to score first is further premised on the fact that Montpellier has never lost a match to Brest after 12 meetings.

The Best Betting Odds for Montpellier vs Brest

Check out in rhe tables below, which bookies in the UK has the best odds for Montpellier vs Brest ahead of this Sunday matchup.

The interesting bit about this game is that Brest is yet to win a match against Montpellier after 12 previous duels. The hosts boast 7W and 5D against the visitors and look to better that record in this home fixture on Sunday.

While stats at the managerial level are quite different, Montpellier’s head coach, Olivier Dall’Oglio trounces his matchday opponent on H2H records. He boasts four wins against Zakarian of Brest who has defeated the hosting coach twice. The two managers have drawn thrice.

Moreover, we don’t think this will be a highly entertaining game, so backing few goals of Under 2.5 is another possible outcome in this fixture. These teams look comfortable in their current positions with only nine games left to play, so a few points here or there is all they need to keep going.

The predicted lineups for Montpellier vs Brest are as follows: 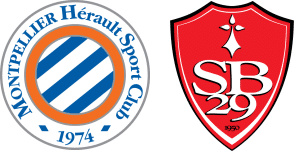 Who is assigned to referee Montpellier vs Brest?

What time will Montpellier vs Brest Ligue 1 game start?

Which coach has a better record against the other?

Montpellier’s Dall’Oglio has 4W and 3D against his Sunday match opponent, Zakarian who boasts 2W and 3D in 9 previous matchups.