Monaco suffered a bitterly disappointing loss in their European quest in the week. Will they put that behind them with a win here? Find out with our Monaco vs Rennes match preview with free tips, predictions and odds mentioned along the way.

Monaco might have fallen short against PSV in the week but we expect them to grab victory here to put that disappointment behind them. It’s true, their form hasn’t been all that good of late with their opening Ligue 1 game their only win in five across all competitions but Rennes had a woeful start to their campaign as they lose 1-0 to Lorient in front of their own fans. On top of that, Monaco have won the last three clashes between the sides so they have Rennes’ number.

We might have backed Monaco to win this game but that doesn’t mean Rennes won’t have their moments; we fancy both sides to score goals. Monaco have seen both teams score in each of their last five games whilst Rennes have seen three of their last five games end with goals at both ends. Again, the head to head record supports our prediction with the last clean sheet in this fixture coming back in 2016 – that was some 12 meetings ago!

Here are the key stats & form guide for Monaco vs Rennes

Can Monaco keep up their good record against Rennes?

If the opening weekend of the Ligue 1 season taught us anything it’s that you cannot read too heavily into preseason results. Rennes looked good, Monaco looked poor. Fast forward 90 minutes and that had flipped on its head. Rennes won’t want to wait too long for a first win of the season but their record against Monaco isn’t a good one.

Monaco’s good start to the season was somewhat disrupted in the week as they lost to PSV – albeit the defeat came after extra time. The two questions they need to answer here are ‘has the 120 minutes hampered them’ and ‘have the got the mental strength to bounce back.

Rennes had looked really decent in preseason but any feel good factor quickly disappeared last week with a home defeat. If the squad can bounce back here though it would be a good sign for the rest of the season. Lose, however, and they are playing catch up already.

A quickfire FAQ on Monaco vs Rennes 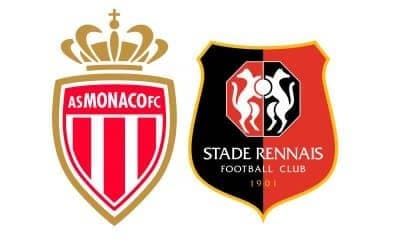