Barnsley are in a desperate battle to escape relegation. If they're to do that then they'll need to start winning games. Will that start here? Find out with our Millwall vs Barnsley match preview with free tips, predictions and odds mentioned along the way.

Lions to win it

Millwall have no wins in their last three games; however, it's fair to point out that they've lost just two of their last 11 games. In fact, Millwall won six of those 11 games, with three draws. Additionally, Millwall have been really solid at home; they won four of their last six home games, and they've lost just once in their last eight home games. In contrast, Barnsley have been the worst road team in the Championship this season; they won just one of 19 games away from home, with four draws and 14 losses. All things considered, Millwall should be able to win this game.

Recent encounters between Millwall and Barnsley have not produced a lot of goals; three of their last four meetings went under 2.5. Furthermore, both teams' recent games have mostly been on the low-scoring side. Millwall failed to score in four of their last six games; conversely, they kept five clean sheets in their last eight games. Seven of Millwall's last eight, and all of Barnsley's last six games saw less than three goals scored; with this in mind, we're making the prediction that these teams will not score three goals between them.

Here are the key stats & form guide for Millwall vs Barnsley

Millwall vs Barnsley: Let's look at the predicted lineups

Millwall's late tilt at the top six looks like falling short with the matches running out. It could be a similar situation for Barnsley in their battle to evade the drop to League One. Whoever wins this game might just about keep the dream alive for another day.

Millwall have found it difficult to win games in recent weeks; they are winless in their last three games, and they've won just one of their last six games. Gary Rowett's men are 10th on the Championship table, four points from the promotion playoff places; they'll look to go up the table with a win today.

Barnsley have been one of the worst teams in the Championship this season; they are 22nd on the table, occupying one of three automatic relegation spots. Poya Asbaghi's men will need as many points as they can get, with just seven games left to play; it'll be interesting to see if they can upset Millwall today.

A quickfire FAQ on Millwall vs Barnsley 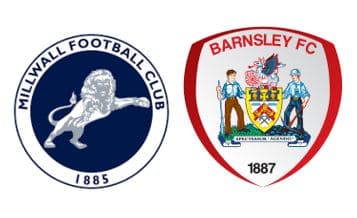