Marseille hosts Rennes on Sunday 19th September 2021 in Round six of French Ligue one fixtures of the 2020/21 season. The hosts have not lost a game since the start of this season. Can they keep the momentum going? Find out in this comprehensive preview and analysis.

Marseille vs Rennes: the Best Three Picks at Football Whispers

Marseille bagged a 1-0 home victory against Rennes in the last encounter last season. Rennes won the reverse fixture 2-1. Can the hosts get a second home victory in five home fixtures against Rennes? After a comprehensive analysis of this game, here are our best three picks for the big game:

Olympique Marseille should easily win this game. They are having an incredible start to the new season after 3W and 1D in the first four games. The hosts also have a game in hand and we don’t think struggling Rennes stand a chance in this match. Rennes has 1W, 2D and 2L in the first five matches. Moreover, Marseille won at home last season and have lost only once to Rennes in the last seven meetings.

We also think Marseille will take advantage of Rennes struggling defence to score the first goal in this match. Marseille has scored 10 goals and conceded half of that in the first four games. On the flipside, Rennes has leaked 6 and netted half of that in five matches. Poor defence and poor scoring form are why Rennes is unlikely to open the scoring in this game.

As Rennes struggling to pick momentum, they should put in a shift to contain offensive Marseille on matchday. We don't expect many goals in this game.

Check out the latest stats for these teams, H2H data and the best odds sampled from leading UK bookies in the table below.

Match Preview: Marseille Looking to Maintain a Perfect Start in the New Season

Olympic Marseille is one of the few teams in French Ligu1 that boasts a perfect start after a few games into the new season. The hosts haven't lost a game after four matches and look to continue with that tempo when they host Rennes in the fifth match of the season. While the hosts have a game in hand, Rennes will play their sixth match of the season. Marseille hasn't lost at home after recording 1W and 1D so far. However, they have scored five goals both at home and away. For a team that is struggling with inconsistencies such as Rennes, winning away from home looks almost impossible. The visitors recovered from back to back defeats to get a point in a 2-2 draw against Tottenham in the Europa Conference League a few days. Marseille also comes to this game with a draw of 1-1 against Lokomotiv Moscow in the Europa League a few days ago. 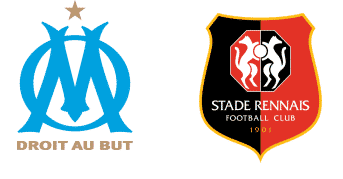 Who is the referee slotted for this game?