What is often considered the curtain raiser for the new season is here as Liverpool prepares to take on Man City in the Community Shield. Both teams are expected to push one another for most of the trophies this season and one of these sides could earn itself a psychological edge over the other by securing the first silverware of the season this weekend.

We're predicting goals in this game at both ends of the pitch, just as we have seen in most of the recent encounters between these two great clubs. Each of the last four meetings between these two sides have witnessed over 2.5 goals and have seen both teams score. At least three goals have been scored in four of Liverpool's and five of Man City's last six outings in all competitions and both teams have scored in four of City's last five fixtures.

Erling Haaland is the signing of the summer in many people's eyes and we can't wait to see him in action this weekend. The young Norwegian striker scored 22 goals in 24 league games for Dortmund last season, as well as netting a further 7-goals in cup competitions. With a total of 155-goals in 200 career games, Haaland is our pick to score against Liverpool this weekend.

There wasn't much between Liverpool and Man City last season when it came to the race for the Premier League title and Klopp's men will be out to prove they aren't just a cup side this time around. With Mane leaving for Bayern Munich, the spotlight is on Darwin Nunez to fill the Senegalese forward's boots by scoring plenty of goals for the Reds. The big transfer fee Liverpool paid Benfica for the Uruguay international will only add more pressure on the player to perform quickly.

Man City might have lost Sterling and Jesus this summer but they have added Haaland and Phillips to their side this season and look like they mean business once again. There is huge pressure on Haaland to perform but the City fans love him already as his dad used to play for the club. Guardiola put out a real statement of intent this weekend by defeating Liverpool but doing so is much easier said than done.

Man City: Guardiola could be without Laporte and Dias for the Community Shield.

Your Questions ahead of Liverpool vs Man City 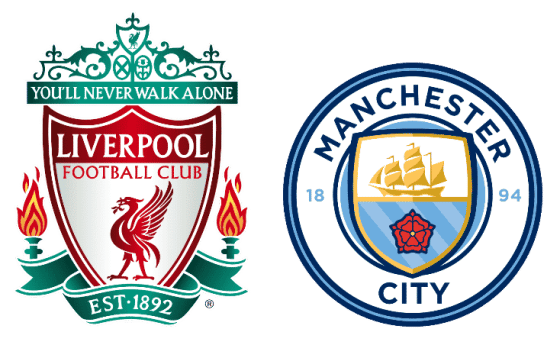