Man Utd are unbeaten in their last three matches and will be looking to build upon their midweek Premier League win over Brentford when they play host to West Ham on Saturday. The Hammers have outperformed Man Utd so far this season yet they still head to Old Trafford as the bookmaker's clear underdogs.

There is a great chance that we will be treated to goals at both ends of the pitch this weekend when Man Utd take on West Ham, just as there has been in three of the last six meetings between the two clubs in all competitions. Both teams have also scored in four of Man Utd's and four of West Ham's last six outings in league and cup, so you can see why we're not backing either side to keep a clean sheet this weekend.

Cristiano Ronaldo remains Man Utd's top goalscorer in the Premier League this season with 8-goals and we're backing the 36-year-old Portuguese star to find the back of the net against West Ham this weekend. Ronaldo hasn't scored in his last two league games for United but rarely goes more than two games without getting on the scoreboard. Three of the forward's last four goals have arrived at Old Trafford, so West Ham better watch out.

Manchester United made the trip down south to face Brentford in midweek and made the long journey worth their while. The first half finished goalless but 10-minutes into the second, Elanga fired home the opener for man Utd. Shortly after that, Greenwood was on target to double the visitor's lead and in the 77th-minute Rashford made it 3-0. Brentford did manage to pull a goal back late on but the all-important 3pts went back up the motorway to Old Trafford.

West Ham would have been confident in their ability to beat Leeds at the London Stadium, just as they did in the FA Cup a week earlier. However, this was a different Leeds side, one that contained an inspired jack Harrison who scored a hat-trick to win the game. West Ham went behind twice and pulled themselves level on two occasions through Bowen and Fornals but Harrison scored the final goal of the game to secure all 3pts and the match-ball. 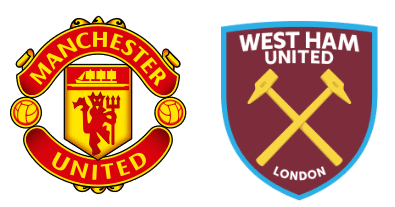