Man Utd face Everton in the Premier League's early kick-off on Saturday and we're expecting a good game between two teams that have each secured 13pts from their opening five fixtures of the new season. Traditionally, Everton don't do well in this fixture and their current injury situation suggests that they will struggle at Old Trafford this weekend.

Here are our predictions for Man Utd vs Everton

Man Utd played host to Everton in pre-season and hammered the Toffees 4-0. Everton's last win against the Red Devils arrived in 2019 and their last win at Old Trafford was back in 2013 when David Moyes was managing Man Utd. Saturday's hosts beat Everton twice last season, once in the Premier League and the other in the League Cup, so you can see why we're backing a home win this weekend.

This is a fixture that has tended to produce plenty of goals in recent seasons with three of the pair's last four meetings witnessing at least three goals being scored. Over 2.5 goals have been scored in three of Man Utd's last six matches as well as in four of Everton's last six outings, and more goals are expected on Saturday.

Ronaldo's return to Man Utd has been successful so far as the Portuguese international has 3-goals in the Premier League and one in the Champions League this season (before Man Utd's game against Villarreal). We're backing the veteran forward to get on the scoreboard against Everton as he has done five times before against the Toffees in 12 appearances against the Merseysiders.

Man Utd's form has dipped in recent weeks with the Red Devils losing in the Champions League at Young Boys, getting knocked out of the League Cup at home by West Ham and then losing to Aston Villa at Old Trafford in the Premier League. However, there is no need for the Man Utd fans to panic just yet as this has been a very busy period for the club and despite the depth of the squad at Old Trafford, you simply can't win them all these days. Man Utd have a good record against Everton, especially at Old Trafford and the hosts will be confident that they can get back to winning ways in the league this weekend.

Everton have had a full week to prepare for their trip to Old Trafford and should head into the game with plenty of confidence following a solid home win against Norwich. However, Benitez still has plenty of injuries giving him a headache and Everton have really had to work hard to create and take their chances in the final third without being able to rely upon Calvert-Lewin and Richarlison due to injury. Both of those players are likely to miss the trip to Old Trafford but the Brazilian is back in the gym and will return to the team very shortly.

Man Utd: Rashford and Maguire are expected to miss this weekend's early kick-off through injury but Shaw could return to the Man Utd defence.

Everton: Pickford should be available for selection and Richarlison is nearing his Everton comeback following a knee injury. Coleman, Calvert-Lewin, Delph, Gbamin and Gomes are all expected to miss the trip to Old Trafford due to injury.

Man Utd vs Everton – Your Questions 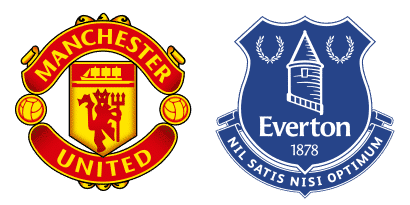