Crystal Palace could still move up three places and finish in the top 10 if they win on Sunday 22nd May and results elsewhere go in their favour. Man Utd are hoping to secure 6th spot in the Premier League bet equaling or bettering West Ham's result but know that a win will keep them in European competition for another season.

Both teams have scored in three of the last six encounters with the Eagles and the Red Devils, so there is a good chance that we will see both teams score on Sunday. Three of the host's last four fixtures and three of the visitor's last six outings in the Premier League have also ended with both teams finding the back of the net, adding further weight to our prediction.

Crystal Palace held a 2-0 halftime lead over Everton at Goodison Park in midweek only to end up losing the game 3-2. Meteta headed the visitors in front from a free-kick and Ayew, lucky to be on the pitch, scrambled in the second goal. Everton dominated the second forty-five and with the help of their noisy fans, turned the game around to win 32 and secure their Premier League status.

Man Utd weren't in action in midweek but are probably still licking their wounds after a hefty 4-0 defeat at Brighton last time out. Man Utd were second in all departments that day but will be looking to end the season on a positive note by securing 6th spot in the table by equaling or bettering whatever West Ham does.

Crystal Palace: McArthur, Tomkins, Olise and Ferguson are the main injury concerns for the hosts.

Man Utd: Shaw, Sancho, Rashford, Bailly and Pogba could all miss hte final game of the season through injury. 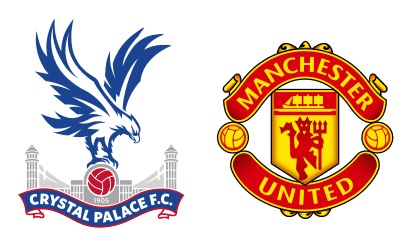