Our Top Free Tips for Man City vs Tottenham

Two of the Premier League high-flyers go head-to-head this weekend as Man City play host to Tottenham. We're expecting a tight, tense and competitive 90-minutes between the two clubs, both of whom were busy playing Champions League football in midweek.

Four of the last six meetings between these two clubs in all competitions have ended with under 2.5 goals being scored, and we're predicting another low-scoring affair on Saturday. Man City's last league game away at Aston Villa produced under 2.5 goals while four of Spurs' last five outings have witnessed fewer than three goals scored, so you can see just why we're expecting a goal-shy evening at the Etihad.

Spurs have a very good recent record against Man City

Man City weren't at their best last time out against Aston Villa and ended up having to settle for a share of the spoils. The first forty-five minutes ended goalless but just 5-minutes into the second half, Haaland fired City in front from close range. Aston Villa needed a response and they got one 16-minutes from time when Bailey finished expertly from a Ramsey pass to make the scoreline 1-1. Neither could muster up a winning goal and had to settle for a point-a-piece in the end.

Tottenham had the home advantage against newly-promoted Fulham last weekend and although they were given a stern test, Spurs managed to secure all 3pts. Hojbjerg opened the scoring after good work from Richarlison in the 40th-minute and deep into the second-half Kane made it 2-0 from close range. Mitrovic pulled a goal back for the visitors 7-minutes from time, but Tottenham held on to secure all 3pts. Spurs and Man City have both picked up 14pts from their opening six league games but Guardiola's men have a much-better goal difference.

Tottenham: Lucas Moura is back in training and could make the bench for this weekend's clash.

Your Questions for Man City vs Tottenham 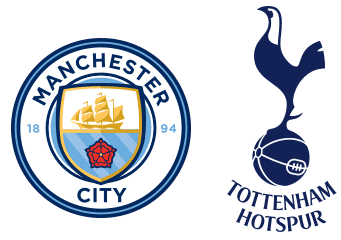