Another Champions League classic awaits us on Wednesday when the Man City vs PSG duel is scheduled for. So, let's take a closer look at this game and what we can expect from it.

Our favourite Man City vs PSG betting picks and predictions

If you are looking for free Champions League betting tips, here's our selection of predictions for the Man City vs PSG duel:

While it's never easy to predict the final score what two high-quality teams meet, we expect the home team to win this game. PSG struggled away from home this season in the Champions League since they drew against Club Brugge and RB Leipzig in their away games. Also, Man City beat PSG in three of their last five games and they beat them in their last two matches at home. So, our prediction is for Man City to win this game.

We've seen three or more goals in just two of the previous five head-to-head duels between Man City and PSG, but we expect to see goals in this match. After all, Man City averaged a whopping 5.5 goals per game so far in the group, while PSG averaged 3.25 goals per game in the Champions League this season.

Top odds and stats for Man City vs PSG

If you want to find the best odds for Man City vs PSG, check our selection of odds from a few of the best UK bookies.

The Citizens are on a three-game winning streak in all competitions, which is hardly a surprise for this team. Overall, Man City is second in the Premier League, three points behind Chelsea, but they are first in their Champions League group, with one point ahead of their upcoming rival PSG and the only team that beat them this season in Europe. De Bruyne, Delap, Torres, and Grealish are injured, while Mendy is suspended ahead of this game.

The team from the City of Light is dominating Ligue 1 this season since they are currently eleven points ahead of the second nearest team after fourteen rounds. So far, PSG only lost once in the league and drew in one game, winning the other twelve matches. In the Champions League, they are one point behind Man City who they beat in their first duel in Paris, so they are still in the run for the top spot in the group. Draxler, Rafinha, and Letellier are injured and out of the upcoming match. 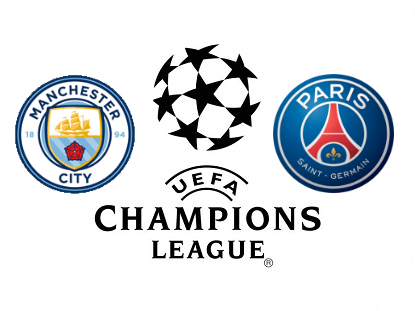