Following their disappointment in the Premier League, Manchester City will look to get back to the winning track when they host Club Brugge for the next engagement of the UEFA Champions League. The visitors will be wary of the threat but confident in their abilities after claiming two consecutive wins ahead of this game.

Here are our predictions for Man City vs Club Brugge.

Man City were holding the three-matches winning streak but have lost the last two games consecutively. On the other end, Club Brugge are unbeaten in the last three matches. But they got hammered by the Citizens in the last meeting between the teams that ended as 1-5. City have also got an extra advantage of the home stadium for this duel. So the trip to Etihad stadium seems a tough test for FC Bruges and hosts are likely to end the game with the lead.

City’s attacking line has been lagging in recent matches and didn’t score in the last two matches. But they have still scored 11 goals collectively in the last five games. While Club Brugge have netted the ball six times in the last three outings. Adding more, Man city have collected the sum of 11 goals in their three matches of the UCL. So it would be easy to predict a high-scoring total at the end of this match.

The Sky Blues have scored in three of the last five matches while the visiting side has scored in all of the last 11 outings. City have got some problems in their scoring ability but we expect them to rediscover their lost momentum in this match. As mentioned earlier, the last meeting between the teams also ended with a BTTS. We expect the same to be followed in this match.

Man City vs Club Brugge: Check out the best odds and the latest stats 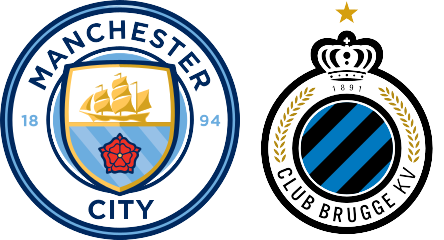 Who won the last h2h? 1-5 in favour of Manchester City.

Where is the game being played? Etihad Stadium (Manchester).