Atletico Madrid knocked Man City's rivals, United, out of this competition in the last round. Will it be more joy in Manchester here or are City too strong? Find out with our Man City vs Atletico Madrid match preview with free tips, predictions and odds mentioned along the way.

You can say what you want about Diego Simeone and his Atletico Madrid side but they won't give anyone a freebie. With a second leg still to come Atletico will want to remain in this tie. As such, we're betting on a low scoring match with Atletico likely to resort to the dark arts to minimise the threat of Man City. From a statistical standpoint, City have struggled to blitz teams of late with three of their last five matches going under 2.5 goals. Atletico meanwhile haven't conceded more than one goal in any of their last nine games.

No way both sides score

We've just touched on the fact we see this match being a tight one and with that we can't see both teams finding the net. Three of Man City's last four have seen at least one side blank in front of goal whilst Atletico have kept two clean sheets in their last three games. Given Atletico's style of play, they're unlikely to leave too many gaps defensively and, at the other end, they'll be relying on a piece of magic; none of that leads to an end to end match.

The Champions League is heating up now and Man City are the favourites to go all the way. First though, standing in their way is a stubborn Atletico Madrid side.

Man City can't get away from the fact they're favourites to win this competition. They'll know it's not that straightforward though after falling short in previous seasons. They should beat Atletico here but they'll need to work for it.

Atletico Madrid have been in receipt of a fair whack of criticism this season with outside parties moaning about their style of play. They won't care though and if they can suck the life out of this game it will be half a job very well done ahead of the second leg.

A quickfire FAQ on Man City vs Atletico Madrid 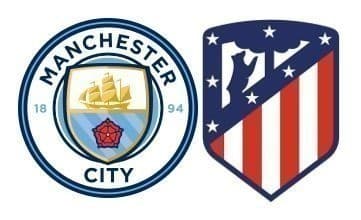