Zenit St Petersburg look to end any slightest threat from Malmo for the third place when they take on the Swedish outfit at the Eleda Stadion on Tuesday night.

Malmo were held to a 2-2 draw by Hacken at home in the latest Swedish Allsvenskan match. Malmo have just one win in the last three matches. Zenit warmed up for this game with the comprehensive 5-1 victory over Nizhny Novgorod in the Russian Premier League.

Zenit will hope to remain in contention for the top two places by the end of this weekend. The opening day victory over Malmo has so far worked out very for the Russian club, who suffered back-to-back defeats against Juventus. Malmo’s performances have dropped over the last few games and they are staring at a sixth consecutive loss in the Champions League.

Even though Malmo might have recovered quickly from the heavy 4-0 loss was against Zenit and Chelsea in back-to-back away games, there remains concern about the Swedish outfit when it comes to keeping opposition at bay. Zenit and Malmo have witnessed over 2.5 goals in two out of the three group matches so far.

Malmo are yet to register a goal in the group stages of the Champions League this season. Zenit’s only clean sheet came against Malmo but the Russian club will be prepared for a better performance from the Swedish outfit in front of their own supporters.

Top Betting Odds and Stats for Malmo vs Zenit

Malmo have been struggling through the group stages. The heavy away defeats against Zenit and Chelsea might have been forgotten following the decent performance in the recent match against the blues, but Malmo are on the verge of exit. Felix Beijmo, Anders Christiansen, Ola Toivonen, and Jonas Knudsen are unavailable due to injuries.

Zenit still have a possibility to finish in the top two places of group depending on other results. Zenit’s last group game will be at home against defending champions Chelsea. Even then, the Russian club are likely to approach this match with hope of making it to the knockout stages. Stanislav Kritsyuk and Daler Kuzyaev are unavailable due to injuries.

Questions about Malmo vs Zenit 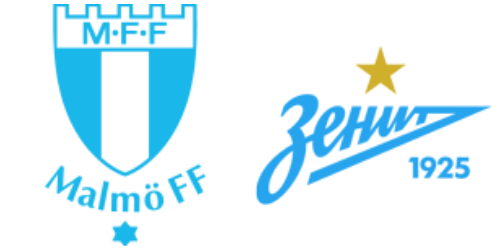 Where is the match scheduled? Eleda Stadion

Which team is the favourite to win? Zenit