Sammy Ofer Stadium will be the location for the fourth group game between Maccabi Haifa and Juventus. This will be a preview of the game which takes place on October 11, 2022.

Maccabi Haifa were beaten quite comfortably by Juventus in a 3-1 result in the reverse fixture. During the weekend, the team were beaten 1-0 on the road by Maccabi Bnei Raina. Meanwhile, Juventus suffered a 2-0 loss against AC Milan to bring an end to a two-game winning sequence in all competitions.

Juventus have been on a two-game winning streak at home, but away matches have been a nightmare for the team for several months. The last victory for Juventus in any competition was back in April. Even though the team are not going to a great moment, Maccabi Haifa are in a worse situation and they could end up suffering more losses.

It has been a disastrous start to the Champions League campaign for Maccabi Haifa, who sit at the bottom of the table after losing all three matches. Any hope of qualification rests heavily on the upcoming match, but Maccabi Haifa may already be looking forward to playing in the second tier of European football in the next stages.

Juventus boosted their qualification hopes with the crucial win over Maccabi Haifa in the reverse fixture. After losing the first two matches against PSG and Benfica, things are not looking good for the Italian outfit, who also sit outside the top six in the domestic league. There are not too many injury worries for Juve coming into this match.

Maccabi Haifa: Suf Podgoreanu and Mahmoud Jaber are the only two players who are available for the hosts.

Juventus: Federico Chiesa, Kaio Jorge, Paul Pogba, and Mattia De Sciglio are unavailable because of injury problems. Angel Di Maria was missing due to suspension in the recent match against AC Milan, but the veteran can be expected to play the full 90 minutes in this upcoming game.

Questions about Maccabi Haifa vs Juventus 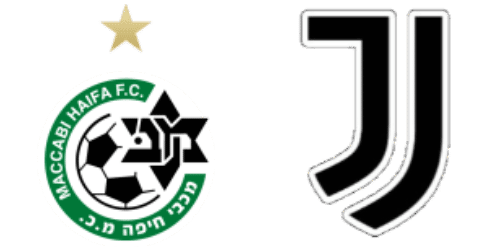 Where is the match scheduled? Sammy Ofer Stadium

Which team is the favourite to win? Maccabi Haifa