Free Tips and Predictions for Liverpool vs West Ham

Liverpool are the closest they have been to Man City in a long time so can't afford to drop any points this weekend when they play host to West ham in the Premier League. The Hammers beat Liverpool 3-2 the last time the side locked horns and victory for West Ham on Saturday could be enough to take them back into the top four.

Luis Diaz has made an impressive start to his Liverpool career and his manager has been singing the Colombian's praises of late. We're backing Diaz to score against West Ham this weekend as his performances have been excellent of late. Diaz has scored one goal in his last two outings in the Premier League but scored 14 goals in the Primeira Liga for Porto before joining the Reds in January.

Liverpool made a significant amount of changes to their starting eleven for the midweek FA Cup tie with Norwich, as many expected, but that didn't stop Klopp's men from progressing into the Quester-Finals. Minamino scored two first-half goals to put the hosts into a commanding lead and although Rupp pulled a goal back for Norwich in the 76th-minute, Liverpool never looked like losing the tie.

West Ham didn't have the same kind of luck away at Southampton in their FA Cup clash. The Hammers played a full-strength side and even though their hosts made a number of changes to their starting eleven, the Hammers failed to take advantage. The Saints lead 1-0 at the break but West Ham did get back onto level terms on the hour mark through Antonio. However, a penalty and a late stoppage-time strike saw Southampton progress through to the next round.

Liverpool: Thiago. Jones and Firmino are the main injury concerns for the hosts.

Liverpool vs West Ham – Your Questions 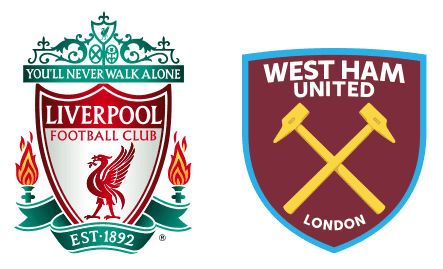