Liverpool hold a big lead from the first leg here but still have work to do. Will they see the job through? Find out with our Villarreal vs Liverpool match preview with free tips, predictions and odds mentioned along the way.

Liverpool to win but the Reds will concede

Liverpool eased past Villarreal in the first leg by winning 2-0. We fancy the Reds to win again in Spain but expect the Yellow Submarine to at least give their fans a goal to celebrate. So, first, why do we expect Liverpool to win? Well, Villarreal followed up their loss at Anfield with a La Liga defeat. Liverpool meanwhile beat an in form Newcastle I to take their winning run to five games. Then attention turns to why Villarreal will score. The Estadio de la Ceramica is known to be a tough ground to visit with the home fans right on top of the pitch and, on top of that, they scored against Bayern in the last round whilst having 11 shots on goal in their home leg; the idea of them being lacklustre in attack simply isn't true.

The last leg might have gone under 2.5 goals – as we predicted it would – but we think this game will be a tad more open. With Villarreal trailing and at home there will be a onus on them to try and be more ambitious in transitions. That will make them more likely to hurt Liverpool but it will also leave gaps in their rear guard, which Liverpool will fancy their chances of exploiting. If the game does play out that way, we'll be highly likely to see three or more goals.

Here are the key stats & form guide for Villarreal vs Liverpool

Villarreal vs Liverpool: Let's look at the predicted lineups

Say what you want about this tie being dead after the first leg but we disagree. Villarreal face an uphill task for sure but if they can grab the first goal then this clash will come alive in what will be a cauldron of noise.

Villarreal will be delighted with pundits writing them off as potential finalists; the underdog tag will see them thrive especially with the home crowd on their side. They'll sit back in this game, no doubt, but they'll look to penetrate Liverpool on the break and if they strike first, the complexion of this entire tie will look very different.

This is a tricky game for Liverpool in many ways. Yes, they hold a 2-0 lead but that's not done and dusted. Despite knowing that, Jurgen Klopp will need to balance his team selection alongside upcoming games in other competitions with the unprecedented quadruple still very much on. Will he weaken his XI here to increase Villarreal's chances?

A quickfire FAQ on Villarreal vs Liverpool 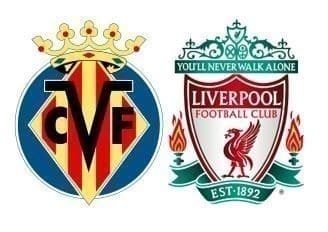