Mane and Salah should return to the Liverpool squad this week and may even play from the start at home against Leicester. The Foxes sit mid-table in the Premier League and there are some rumours going around that Brendan Rodgers is under some pressure from the Leicester hierarchy, so the last thing he needs is a trip to hi high-flying former employers.

We're expecting goals in this game going by both teams' recent performances and their head-to-head record over the last few seasons. Three of the last five encounters between the pair have produced over 3.5 goals, while three of Liverpool's and four of Leicester's last six fixtures have also witnessed at least 4-goals scored.

All you need to know ahead of Liverpool vs Leicester City

Liverpool looking to heap more pressure on their former manager

On Sunday, Liverpool progressed into the next round of the FA Cup as expected following a comfortable 3-1 win at home against Championship side, Cardiff City. Jota, Minamino and Elliott all got on the scoreboard as the home side raced into a 3-0 lead. Cardiff managed to pull a goal back late on but it was no more than a consolation. Liverpool's focus shifts back onto the Premier League this week as they look to grind away at Man City's 9pt lead at the top of the table.

Leicester didn't have far to travel for their FA Cup 4th Round tie against Nottingham Forest but that didn't make a blind bit of difference as the Premier League side were thrashed 4-1. Forest dominated the game and thoroughly deserved their victory. Iheanacho, back from the Africa Cup of Nations, scored Leicester's consolation goal in the 40th-minute after Foirest had raced into a 3-0 lead within 32-minutes. The Foxes are guilty of being inconsistent this season and this is something the manager must find a way to cure or it will end up with him losing his job.

Liverpool: Salah and Mane could both return following the conclusion of the Africa Cup of Nations, while Origi, Oxlade-Chamberlain and Gomez are all rated as doubtful.

Leicester: Evans, Castange, Vardy, Fofana and Bertrand look set to miss the trip to Merseyside through injury but Mendy is expected to return following international duty. 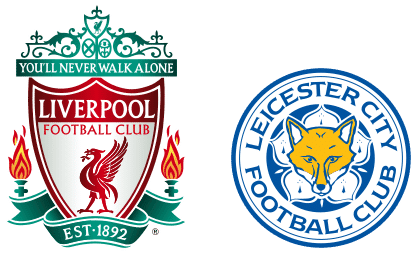