One of the more interesting second legs in the Top 16 stage of Champions League is the Liverpool vs Inter Milan duel, so check our preview of this match to learn more about it and to get free betting predictions for this duel.

Our top Liverpool vs Inter Milan betting tips and picks

If you are unsure what is the best bet for Liverpool vs Inter Milan, take a look at our favourite betting tips for this duel:

While we did not see three goals in the first leg between Liverpool and Inter Milan, we were very close to it and we expect the second leg to go over 2.5 total goals, especially with Inter having to overcome a two-goal deficit.

Once again, we did not see both teams score in the first leg, but we can see that happening in the rematch since Inter will have to push hard on offense to overcome the deficit and Liverpool will have plenty of room to score because of it.

In addition to this, both teams scored in 52% of Inter Milan matches in Serie A this season, while the same thing happened in 41% of all Liverpool games in the Premier League until now.

The latest odds, stats, and more for Liverpool vs Inter Milan

If you want to bet on the top Champions League odds, including the best odds for Liverpool vs Inter Milan, you've come to the right place:

Even though Liverpool has the advantage ahead of this match, we expect an exciting game. So, here's a more detailed look at both teams:

The Reds have been in fantastic form recently since they are currently on a seven-game winning streak in the Premier League, which puts them just six points behind Man City right now, while also being a game behind. In addition to this, Liverpool beat Inter in Milan 2-0 in the first leg, so they have a nice cushion ahead of the second leg in the Top 16 phase of Champions League.

When it comes to team news, Liverpool has no injured players who are already ruled out of the game, but Thiago Alcantara, Joel Matip, and Roberto Firmino are questionable.

The reigning champions of Italy are not in great form lately since they have two wins, two draws, and two losses in the last six matches in Serie A. Despite this, Inter Milan is second in the standings, only two points behind their city rivals AC Milan. However, the team is in tough position ahead of the second leg against Liverpool in the Top 16 phase of Champions League after losing the first match at home.

Meanwhile, Inter Milan will be without Nicolo Barella who is suspended, while Ivan Perisic is questionable after missing the last game in Serie A for the team. 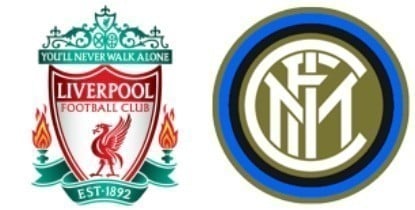