Liverpool host Brentford in the Premier League on Sunday but will be without Salah and Mane in attack, which should give the visitors a massive boost in confidence. Brentford have performed better than expected this season and look like they have all the ingredients needed to avoid the drop back down to the Championship.

While Liverpool will be without two of their top three scorers in the league this season, we're still backing van Dijk and co to come away with all 3pts and their clean sheet intact. The hosts have won two of their last four outings in all competitions and kept a clean sheet in midweek against Arsenal. Brentford have lost four of their last six fixtures and have failed to register a goal in three of those defeats, so you can see why we're backing a home win and clean sheet this weekend.

With Salah and Mane away at the Africa Cup of Nations, the goalscoring responsibility has fallen on the shoulders of Diego Jota. The Portuguese international has already scored 10 goals in the Premier League this season and we're backing him to find the back of the net against Brentford on Sunday. Jota has fired in 6-goals in his last 10 appearances for Liverpool in all competitions and is due a goal after failing to score in his last three outings.

Liverpool were disappointed to see that their rearranged 1st leg in the League Cup semi-final was now going to be played at Anfield first, rather than the Emirates, as the two-legged ties often favour the team playing away in the first game. Both teams played very strong starting elevens and after Arsenal were reduced to 10-men in the 24th-minute following another red card for Xhaka, the home faithful were sure their side would go on to secure a 1st leg victory. However, Arsenal held firm for the rest of the game and the scoreline ended goalless.

Brentford's last match was away at Southampton where their performance was less than impressive. The Saints ran out convincing 4-1 winners with Janelt getting the Bee's consolation goal, and a much-improved performance is going to be needed if Brentford want to avoid another heavy defeat this weekend. 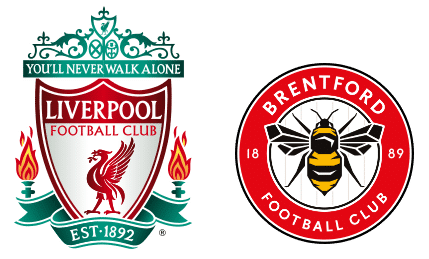