Liverpool to win to nil

Liverpool got a decent result out in Portugal. Will they steer clear of complacency back on Merseyside to ensure they go cruising through to the semi-finals? Find out with our Liverpool vs Benfica match preview with free tips, predictions and odds mentioned along the way.

Liverpool to win it to nil

Not only do we believe Liverpool will win this game but we think they will do it without giving up a goal. The Reds are in good form at Anfield with eight wins in their last nine games with five of those victories coming with clean sheets to boot. Benfica meanwhile have failed to score in three of their five Champions League away days (including the qualifying round vs PSV). With the way Liverpool are likely to dictate the game, Benfica will be working with scraps in the attacking third and we don't fancy them to threaten too much.

Backing over 3.5 goals is certainly a bold claim but there is enough in the stats to make us believe it's a tip that carries serious value. Liverpool have passed the 3.5 all important goal mark in their last two games – one of which was the reverse of this fixture – whilst Benfica have now gone north of the 3.5 threshold in each of their last three matches. You can look at the head to head history too with each of the last three meetings between these teams averaging 4.0 goals per game.

Here are the key stats & form guide for Liverpool vs Benfica

Liverpool vs Benfica: Let's look at the predicted lineups

Liverpool should be easing through to the next round of the Champions League but Benfica won't just roll over to have their tummy tickled. They've got decent attacking players and will believe they can take advantage of the fact their hosts had a big game at the weekend.

Liverpool arrive in this game as heavy favourites to qualify and with their home fans cheering them on it's hard to see a scenario of where that doesn't happen. The game could all change if the Reds concede early though so Juergen Koop will want his men to come out the traps quickly.

What chance do Benfica have of winning here? Not much by the bookies odds. It's not an unfair assessment either but with Darwin Nunez up top they'll believe they've got half a chance of making it an uncomfortable evening for the Reds. Their best chance of getting a result though might depend on some complacency creeping into Liverpool's play.

A quickfire FAQ on Liverpool vs Benfica 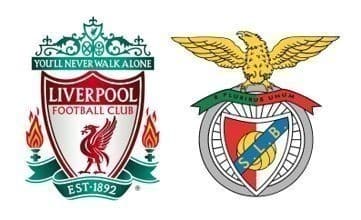