Perhaps the most interesting match to be played on Wednesday in Champions League, or even the entire round, is the Liverpool vs Atletico Madrid duel. So, check our preview to learn more about this match

Our free Liverpool vs Atletico Madrid betting tips and picks

If you are looking for the best Champions League betting predictions, you've come to the right place. Here are our favourite betting tips for Liverpool vs Atletico Madrid:

Although Liverpool had a bit of a blunder over the weekend when they drew with Brighton at home despite leading 2-0, they are in a bit better form than Atletico Madrid in recent weeks. That being said, both teams have three wins and two draws in their last five matches, if we don't count their first meeting in the group in which Liverpool beat Atletico in Madrid. All in all, Liverpool is our pick for this game since they are playing at home and because they've shown us that they know how to beat Atletico.

The first meeting between these two teams in their Champions League group ended with five goals being scored. Overall, two of their last four most recent duels have gone over 2.5 total goals, and we expect the same thing to happen on Wednesday. Liverpool has been a true scoring machine this season, while Atletico Madrid has also been averaging more goals per game than we have used to from them.

Both teams have scored in three of the last four h2h matches between Liverpool and Atletico Madrid, while both teams scored twice in two of those matches. So, our prediction is for both teams to score in their upcoming duel as well, especially since both teams don't have the best record with clean sheets this season.

The best odds and helpful stats for Liverpool vs Atletico Madrid

You can find the latest odds and stats for Liverpool vs Atletico Madrid right here, on our website:

Liverpool vs Atletico Madrid preview: Will we see another European classic?

The six-time European champions have started their Champions League campaign faultlessly, with three wins in three matches in a very difficult group. Liverpool is also doing great in the Premier League this season where they are second after the first ten rounds, three points behind Chelsea in first place. Keita, Elliot, and Milner are out of the upcoming game with injuries, while Fabinho and Alcantara are questionable.

The defending champions of Spain are having another good season so far. In La Liga, Atletico Madrid is currently 4th, but they are only three points behind Real Sociedad, the league leaders. In Champions League, Atletico Madrid is tied with Porto with four points and the two teams will fight for the second place that leads to the Top 16 phase. Lemar, Llorente, Saponjic, and Kondogbia are on the team's injury list, while Griezmann and Savic will miss the game due to suspensions. 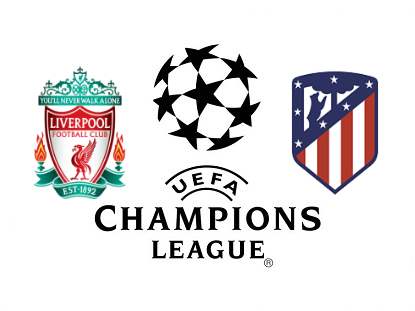