Lithuania and Bulgaria meet each other once again for the World Cup qualifiers this weekend. The two teams met each other back in September with Bulgaria running out as narrow winners.

Lithuania continued their horrendous run with a 5-0 defeat at the hands of European champions Italy. This was the ninth consecutive defeat in all competitions. Bulgaria picked up the crucial 1-0 win over Lithuania in the reverse fixture back in September to register their first win in the group stages.

Bulgaria to win the match

Bulgaria started the group matches in a disappointing fashion courtesy of a tough run of games. The games against Italy did yield a point for Bulgaria, who will be aiming for maximum points in the next two qualifiers to stand a chance of reaching the finals. Lithuania’s World Cup qualification campaign is unlikely to yield any points, but the reverse fixture against Bulgaria produced a strong reaction from Lithuania, who almost secured a point.

To win to nil – Bulgaria win

Lithuania have conceded 14 goals in the last four matches. The big defeats, though, came against former world champions Spain and Italy. Against Bulgaria, Lithuania were able to fight hard and almost secured a point. However, they are unlikely to contribute much in an away game.

Bulgaria struggled to break down Lithuania in the fixture. There will be more troubles for Bulgaria in this home match, as Lithuania would be more than happy to sit back and soak up the pressure. The lack of goals within Bulgaria should make this game a tight encounter.

Top Betting Odds and Stats for Lithuania vs Bulgaria

Lithuania one of the lowest ranked teams in the World Cup qualification group. Valdas Ivanauskas have the worst defence by a huge margin. Even though the team has improved a lot compared to a decade ago, Lithuania are still not close to being considered as a potential candidate to fight for qualification.

Bulgaria had a slow start to the qualification group but they have been coming good in recent matches. Following the win over Lithuania, the team picked up a big win over Georgia in which there were goals from four different names. The defensive setup needs to be solid for Bulgaria to exploit any of the attacking potential.

Questions about Lithuania vs Bulgaria 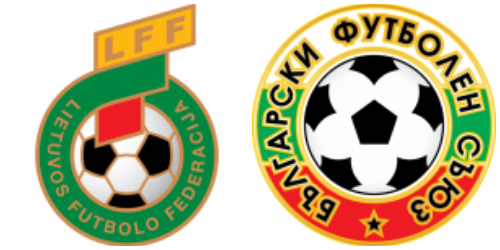 Where is the match scheduled? Vilniaus LFF stadionas

Which team is the favourite to win? Bulgaria