Two clubs who may have just missed out on getting a promotion play-offs spot will be battling it out on the 1st of May. Leyton Orient will host Carlisle in the 45th League Two round in one of the last matches from the current campaign. Stay tuned to get all the best free betting tips for the game and more. If you are looking to bet on another League Two game, you can check our League Two betting page.

After analyzing the match-up, our team of experts picked out the following 3 free betting tips.

The odds change constantly and you may not receive a notice. Make sure you check your betslip carefully before placing your final wager. Our recommended bookmaker for this match is Ladbrokes.

The Ranked 10th versus the ranked 11th ranked side will perhaps make the most equally matched game in the 45th League Two round. Both clubs have fairly similar stats, both conceding 49 goals in 44 matches, but Carlisle has scored on 6 more occasions. The teams are no strangers to draws, with Carlisle drawing in 5 of its last 6 matches. As per usual, draw wagers offer a great payout, and this case is no different.

The direct clashes between these two sides tend to produce a large number of goals, in both directions. The Both Teams to Score – Yes wager has been successful in 8 of the last 10 meetings between the clubs. Leyton is a squad that rarely fails to score, so it's up to Carlisle to get at least one across the scoresheet.

Conflicting play styles make this bet risky, but if things to Carlisle's way, we may see a slow match with fewer goals. 8 of the visitors' 10 most recent games have had Under 2.5 Goals, while the number in the same department for Leyton is 6.

Leyton Orient vs Carlisle United: Statistics and a selection of the best odds

Here we visualize the most important statistics for the game in hand, so it’s easy for you to make your choice after glancing through it.

Battle of the mid-table

Both clubs are in such a position that they are left out of the promotion play-offs zone. Mathematically Carlisle still has a chance to get inside the top 7, but that would need a great number of things to go their way.

Carlisle may still feel motivated to try and reach the 7th spot, but that would mean that the club needs a victory and nothing else vs Leyton. Leyton on the other hand has nothing to fight for in this campaign anymore, which may mean that they don't try as hard as they would usually do. 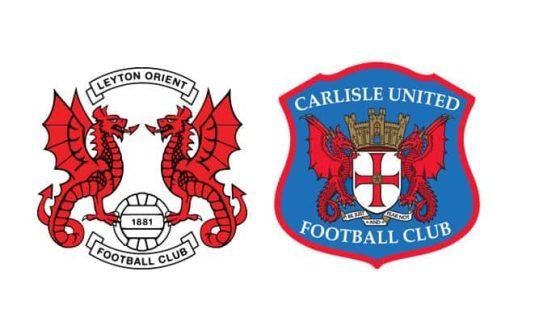