Bayer Leverkusen could only manage a 1-1 draw in their opening day fixture against Union Berlin. Gerardo Seoane will not bemoan the result as Union Berlin have proved to be tough customers. A similar result was claimed by their next rivals, Borussia Monchengladbach. Adi Hutter's first Bundesliga match in charge saw them hold Bayern Munich to a 1-1 stalemate at Borussia Park.

Both Bayer Leverkusen and Borussia Monchengladbach secured 1-1 draws in difficult conditions in Round 1 of Bundesliga action. As they face off with each other, we are backing the hosts to claim the three points on offer. Leverkusen are on a three-match winning spree against the Colts and should come out as victors in this fixture.

Gladbach's scoring woes seem to have made their way into the new campaign as they have only managed a single strike in each of their two competitive outings. On the other hand, Leverkusen has impressed with the away goal at Union Berlin, which was two less than their tally in the DFB Pokal. With three of their last four Bundesliga meetings concluding in an Over 2.5 goals scoreline, we expect this match to follow suit.

Despite their struggles in front of the goal, Borussia Monchengladbach got on the scoreboard against ultra attacking Bayern Munich and the ultra-defensive Kaiserslautern. Bayern Leverkusen has had a better fortune against Union Berlin and Lokomotiv Leipzig as they built their season tally to four goals. With both Leverkusen and Gladbach finding the back of the net in each of their competitive outings, we expect them to trouble the scorers again in this meeting.

Leverkusen vs M'gladbach: Check out the best odds and the latest stats

Match Preview of Leverkusen vs M'gladbach

M'gladbach's woes at the Bay Arena

Adi Hutter's reign at Borussia Park got an admirable start as the Colts held Bayern Munich to a 1-1 draw. The fact that they were denied possession for the duration of the fixture but still managed to get on the scoreboard will surely be accounted for. Hutter will hope this helps his charges get something out of their trip to the Bay Arena.

Gladbach has suffered three successive defeats against Bayer Leverkusen and Hutter would want to end that run. It will be easier said than done as Die Werkself impressed in their away 1-1 draw with Union Berlin. Leverkusen managed 67% of the possession and created 16 goalscoring chances, and will surely fancy their chances against the travelling Colts.

Questions About Leverkusen vs M'gladbach 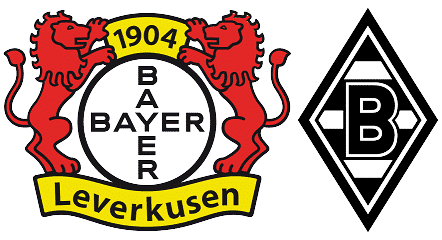 Where is the game being played? Bay Arena (Leverkusen).

Which team is the favourite to win? Bayer Leverkusen.