It might only be June but the big games have already started for some sides with this Champions League qualifier very much a big deal for the sides involved. Who will win it? Find out with our Levadia vs Vikingur Reykjavik match preview with free tips, predictions and odds mentioned along the way.

Backing a Levadia to win it

Our first tip for this match backs Levadia to win the match. They arrive here in good form having taken seven wins from their last nine whilst losing none of those matches. Admittedly, Vikingur Reykjavik are in reasonable form too but, notably, they have suffered a couple of defeats over the same time period Levadia have been motoring. These games are often about the small margins and, for us, Levadia have the edge.

Whilst we've backed Levadia to win, both teams do arrive here in strong form with some form of momentum behind them. With that considered, we would not be at all surprised were both teams to bag goals in this match. Levadia have netted in each of their last nine matches whilst Vikingur Reykjavik have scored in seven of their past nine. Neither of those stats exactly point towards teams that are goal shy hence our prediction of both teams scoring.

Who will move their Champions League dream a step closer?

The preliminary qualification rounds for the Champions League are now at their semi-final round and that's a seriously big deal for sides like Levadia and Vikingur Reykjavik. In quality terms, the game won't live up to the usual Champions League standard but for drama and passion it should stand up well.

Levadia come into this match on a nine game unbeaten run. If they can make it to ten then they'll be absolutely delighted. Whether they can achieve that goal or not may well rely heavily on how Oleksiy Khoblenko performs. The Ukranian is a big goal threat.

Levadia won't be the only team that arrive into this match in good spirits. Vikingur Reykjavik have lost a few of their past 10 matches but they've won four on the spin so there will be plenty of positive morale. Young midfielder Kristall Mani Ingason is a man in electric form; he's just scored four goals and grabbed an assist in a three game international under 21 window!

A quickfire FAQ on Levadia vs Vikingur Reykjavik 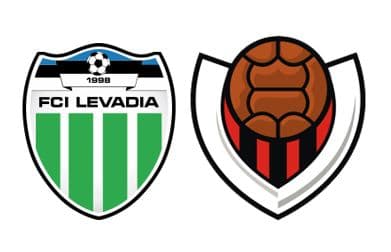