After losing twice in a row, Marseille will be looking to get back to their winning ways in front of their fans against Lens.

Marseille lost two games in a row for the first time this season in Ligue 1, but last week's derby match against PSG could have easily finished differently. Lens has been terrific this season, but their composure is also starting to buckle a little bit ahead of some crunch matches before the championships take a World Cup hiatus. The last time Marseille beat Lens at home was eight years ago.

Both teams are tied for the second-best defense in Ligue 1 behind PSG. They both allowed eight goals. Lens is in the middle of a six-game streak with ‘under' games, while Marseille is 2-3 in their last five games.

Everything you need to know about Marseille vs Lens

Marseille looking to get back on track

Marseille has been playing constantly for the past two months, having their Champions League campaign in the middle of a fight with PSG for the top spot in Ligue 1. They did a fine job to get back into a playoff fold in the Champions League, while at the same time their home form suffered as they lost two games in a row. PSG match wasn't ideal, but losing to Ajaccio a week earlier really hurt their spirits. Marseille has been playing great defense throughout the season, keeping composure whenever they can, while at the same time their strikers are doing a fine job getting goals, and creating opportunities. Alexis Sanchez and Luis Suarez are leading the charts for Marseille scoring-wise, they are an integral part of the team's effort to maintain their league position.

Lens focus is entirely directed to Ligue 1, they don't have a European adventure on their hands. They are using that momentum in full to their advantage as they are keeping pressure on the league leaders. They have been very consistent in maintaining their form throughout the campaign, giving up only one loss that occurred a couple of weeks ago against Lille. They are holding the third position in the league hoping that their opponents will give up some points as well. Florian Sotoca has been terrific for Lens this term scoring six goals which makes up a third of all the goals Lens scored. But, he is not the only one from the forward line who is up to the task, Lois Openda has four goals to his name, one more than left-winger Wesley Said.

FAQ about Marseille vs Lens 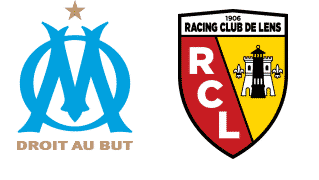