Newcastle could reduce the gap between themselves and Leicester to just 3pts this weekend but the Foxes would still be the favourites to finish higher in the Premier League table this season as they have two games in hand on the Magpies.

Three of the last six meetings between these two clubs have ended with both teams getting on the scoreboard, including their last encounter at St James's Park which ended in a 2-1 win for the Foxes. Both teams have also scored in three of the host's last six outings as well as in four of Leicester's last five fixtures, so you can see just why we don't see either Newcastle or Leicester keeping a clean sheet on Sunday.

This is a fixture that has tended to produce plenty of goalmouth action in recent seasons with each of the last five meetings between Newcastle and Leicester witnessing at least three goals scored. Over 2.5 goals have also been scored in three of Newcastle's and three of Leicester's last six matches in all competitions and the most prominent scoreline for both teams during that period has been two goals to one.

Leicester looking to complete the domestic double over the Magpies

Newcastle gave a solid performance and deserved all 2pts at home to Wolves last time out. The visitors were tough to break down as they so often are but in position, Wolves lacked their usual quality and rarely threatened the Newcastle goal. In the end, a 72nd-minute penalty from Chris Wood proved enough for Newcastle to clinch victory, moving the Magpies 10pts clear of the relegation zone.

Leicester would have been expecting a close and competitive 90-minutes at home to in-form Crystal Palace, and that's just what they got. A 39th-minute effort from Lookman put Leicester 1-0 up after good work from Dewsbury-Hal who claimed an assist and the Foxes made it 2-0 right on the stroke of halftime as Dewsbury-Hall turned from provider to scorer. Zaha did pull a goal back for Palace in the second forty-five but Leicester held on to secure a big 3pts in their push for a top-half finish.

Newcastle: Wilson, Hayden, Trippier, Willock, Fraser and Lewis could all miss out on Sunday due to injury.

Leicester: Perez, Soumare, Vardy, Ward, Bertrand and Ndidi are the main injury concerns for the visitors this weekend.

Newcastle vs Leicester: Your Questions 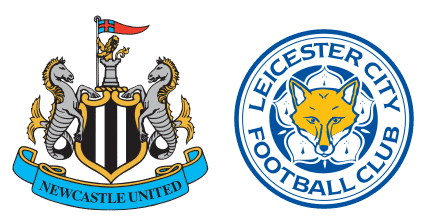