Derby della Capitale is a highly contested rivalry between two local Rome sides – Lazio and Roma. This match-up sparks controversy every time it comes around, and the next fixture scheduled for 17.01.2021 will be no exception. For people in the US, we recommend to use the Betmgm bonus code.

For your ease, we’ve compiled our picks in the following chart. In case you are eager to read our write-up to these picks, make sure to check down under.

Note that the odds are subject to change, and you should check carefully before completing your bet. 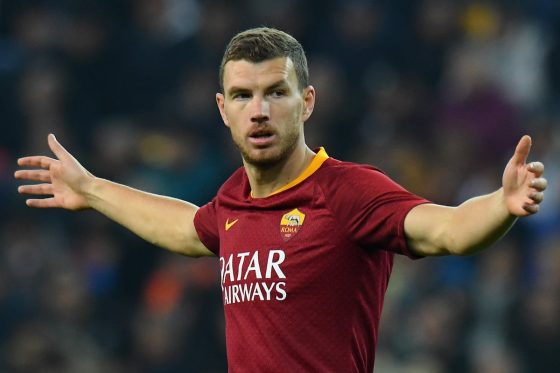 Although Lazio is privileged to be the home team of the derby, they don't really have an edge of this fact. The game will be played at Stadio Olimpico – the largest sports facility in Rome, which acts as a home ground for both Roma and Lazio. This means that Roma will feel at home as much as Lazio will too.

Lazio's campaign has been somewhat disappointing by their standards, but the good news is that their Champions League run is still on after the group stages concluded. The team managed to rank second in a potentially tricky group consisting of BVB Dortmund, Club Brugge, and Zenit St. Petersburg. On top of that, Lazio remained unbeaten, recording two wins and four draws. So far, so good, but how is their domestic league campaign looking? Well, grim is one way to put it. The White and Sky Blues currently find themselves way out of the top 5, ranking ninth after the first 12 games. A negative goal difference in Serie A is the biggest indicator that problems are demanding a quick fix. Ciro Immobile is still the main figure in Lazio, but the team struggles to keep clean sheets and drops unexpected games to lesser ranked sides. The most recent examples being a draw against Benevento and losses against Verona and Udinese. Simone Inzaghi's squad has definitely thrown the possibility of winning Serie A out of the window, and their goal at the moment is to score a top 5 finish in order to secure European football in the next season.

Roma, on the other hand, has been doing rather impressive so far in the 2020/2021 campaign finding its way into the first 5 of the Italian top-flight. They are one of the most productive offenses with 27 goals, holding second place with AC Milan, right behind Inter in first place with 30 goals. Henrikh Mkhitaryan has been the man to watch with seven goals and five assists in the first 12 league games. Furthermore, manager Paulo Fonseca can trust Jordan Veretout, Edin Dzeko, and new addition Pedro, who have all been performing remarkably well so far this season. Roma has been winning the games that it has to win and has shown that it can put a strong fight against more worthy opponents – drawing 2-2 with Juventus and 3-3 with table leaders AC Milan. However, The Yellow and Reds' most recent defeat came in Napoli's hands with a 4-0 score. Although they have a decent goal difference, it seems that Fonseca's squad has found it hard to keep a clean sheet, but they compensate for this by scoring lots of goals.

What to expect from this fixture, and why these picks?

The Derby della Capitale will sure bring us spectators sufficiently entertaining sights, but we also hope that it will bring in some profit using our free betting tips.

We certainly believe that Roma is the side in the better current form. However, betting on them to win may be too risky for most people's taste, making the Double Chance bet sound reasonably appealing. Of course, the odds will be significantly lower for this market, but you can't have safety and high odds with betting. Given that both Lazio and Roma will feel at home at the Stadio Olimpico, we believe that Roma will come out of the game at the end of the day, with some points being either one or three.

Both teams to score – Yes.

Both sides have been struggling to keep a clean sheet lately, and we don't see that changing suddenly. It's also important to notice that January will be very busy for both teams, and this fixture scheduled for the 17th will be their 5th game for January. At this point, fatigue will also play its role and prevent the teams from being on their A-game.

In a fierce rivalry such as Derby della Capitale, the players tend to get reckless. Over 3.5 cards seem like a very decent bet here, which will also offer an excellent payout. If you are looking for the more conservative pick, you can again go with Over 2.5 cards, but this will significantly lower the odds.