Juventus have a midweek Coppa Italia final to concentrate on and have already secured Champions League football for next season, handing Lazio a decent opportunity to strengthen their grip on 5th in Serie A by taking home at least a point from their trip to Turin on Monday 16th May.

Lazio have secured two wins and one draw from their last six meetings with Juventus and have more motivation for the points than their hosts. Juventus lost their last game away at Genoa and recently played out a 1-1 draw at home to Bologna, while Lazio have won four, drawn one and lost just one of their last six outings in Serie A.

Immobile is Serie A's top goalscorer this season with 27-goals to his name so far and we're backing the former Juventus man to score on Monday night. The 32-year-old is in excellent form right now with 8-goals in his last nine appearances for Lazio in Serie A, so you can see just why we're backing the Italian international to score against his former employers.

Lazio looking to cement 5th place with a win

Juventus were expected to win on their trip to Genoa last time out and even took the lead early in the second half through Dybala. However, a late equaliser for Genoa was then added to by a dramatic stoppage-time penalty for the hosts which made the scoreline 2-1 to Genoa. Juve didn't need the points as results elsewhere ensured that they would finish in the ChampionsLeague places this season and all their attention was on the cup final against Inter Milan.

Lazio never looked like losing at home to struggling Sampdoria last weekend. Patric opened the scoring for the hosts in the 41st-minute after good work from Alberto. The Brazilian then turned from provider to scorer in the second half, making it 2-0 to Lazio with a little over half an hour left to play. Sampdoria failed to get themselves back in the game and Lazio will have been happy to keep a clean sheet on their way to an important 3pts.

Juventus: Kaio Jorge, Weston McKennie and Federico Chiesa could all miss out this weekend due to injury.

Lazio: Pedro Rodriguez is the main injury concern for the visitors.

Q&A for Juventus vs Lazio 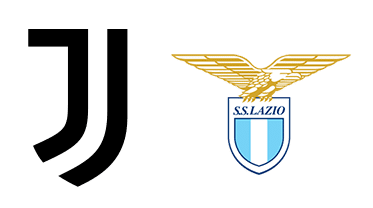