Lazio have some work to do if they want to challenge for the Champions League places this season as they currently sit 6pts behind the 4th placed side in the Serie A table, Juventus. Bologna look set for a mid-table finish this time around but head to the capital without a win in their last four matches and short on goals.

Immobile has been in fantastic form for Lazio this season, netting 18-goals in Serie A alone so far. The Italian international has scored 8-goals in his last ten appearances for Lazio in league and cup, so you can see just why we are backing the prolific striker to score against Bologna on Saturday.

Everything you need to know about Lazio vs Bologna

Lazio the odds on favourites to win this weekend

Lazio made the trip to AC Milan in midweek for a Coppa Italia tie and were well beaten over the 90-minutes. AC Milan went in at the break 3-0 up and scored one more goal in the second forty-five to book their place in the next round. Laziomust now turn their attention back to Serie A and the fight for the Champions League places, starting with a win at home against Bologna. The only bright spark for Lazio in recent weeks is that they have managed to move above their local rivals Roma, but the pair have the same points and the same goal difference as things stand.

Bologna had the home advantage against Empoli last time out but failed to make it count as the pair played out a boring 0-0 draw. Bologna now sit 13th in the table and could drop as low as 15th if they lose this weekend. However, a win could propel the club back into the top ten, making a top-half finish a real possibility.

Lazio: Acerbi is the main concern for the hosts but Akpa returns following the Africa Cup of Nations.

Lazio vs Bologna – Your Questions 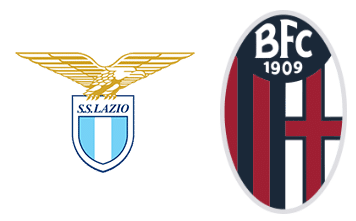