Certainly one of the most interesting matchups in this round of Serie A is the Atalanta vs Lazio duel, scheduled for Sunday, October 23rd. So, let's take a closer look at this game and what we can expect from it.

If you are trying to find free Serie A betting tips, including those for Atalanta vs Lazio, you've come to the perfect place:

Since we can see this game ending with at least three goals being scored, we can also see both teams scoring, which was the case in four of the last five h2h meetings between these two teams.

In addition to this, both teams have scored in 50% of all Atalanta matches in Serie A until now, while the same is true for 40% of all Lazio games in the league this season.

If you want to check some of the best Atalanta vs Lazio odds and stats, you can find them here, on our site:

Both teams have done well so far and this should be a very exciting game. So, let's take a closer look at both of them now:

The team from Bergamo remains the only undefeated team in the league next to Napoli after ten rounds of the new season have passed and they are only behind Napoli in the standings right now. So, it's safe to say that Atalanta had a great start of the season in Serie A and that they seem like a true title candidate right now.

When it comes to team news, Atalanta will be without injured Rafael Toloi and Davide Zappacosta, while Jose Luis Palomino is out through suspension.

With twenty one point from ten games, Lazio is currently just three points behind their upcoming opponent and five points behind Napoli in the first place, which is one of the best starts of the seaosn that Lazio had in recent years. That being said, they did have a favourable scheduled in Serie A so far.

On top of that, Lazio is currently without their main striker Ciro Immobile, which is a huge problem for them, especially since he will likely miss the rest of the year. 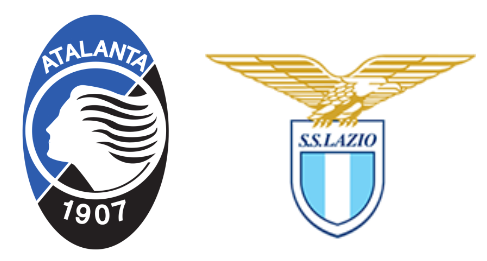