To get off the foot of Group D, Kazakhstan will host Finland at the Astana Arena on October 12. Both sides have struggled to deliver in international meets recently, seeing their 2022 World Cup ambitions dwindle in the process.

Here are our predictions for Kazakhstan vs Finland.

Winless in 13 international fixtures, it is difficult to punt in favour of Kazakhstan even though the Hawks are playing in their backyard. Confidence in Finland is also low as they have only won four times in their last fifteen outings. However, placing your faith in them provides value as they have claimed three wins in three competitive meetings against the Kazakhs.

The bane for both Kazakhstan and Finland has been their scoring inabilities. The high scoring affairs they have been involved in has seen them on the receiving end. As they meet in Astana Arena, we expect a similar return in the scoreline. This is further evidenced by their four meetings in the past where the scoreline has yet to go past the two-goal margin.

In their last ten fixtures, the Kazakh Hawks have only scored seven times. The tally for Finland is even worse in the same period with just five strikes against their name. In their defence, the Fins have played against teams of a higher calibre. However, as they face off against each other, it looks unlikely that they will be scoring with much-improved proficiency. Consequently, we can only expect one side to get on the scoreboard.

Kazakhstan vs Finland: Check out the best odds and the latest stats

Match Preview of Kazakhstan vs Finland: Hawks to trouble Eagle-Owls

The best Kazakhstan has managed to achieve in recent international fixtures has been 2-2 draws against Ukraine and Bosnia-Herzegovina. They are without a win in 13 outings and need to arrest their decline. They can end this drought with a win over Finland, who have been equally abysmal in recent outings.

The Eagle-Owls have only won four times in their last fifteen outings. Moreover, their form in the 2022 FIFA World Cup qualifiers has left a lot to be desired. They will feel confident in this meeting as their rivals are the only side they have beaten in the campaign and another win will allow them to surpass Bosnia in the points table.

Questions About Kazakhstan vs Finland 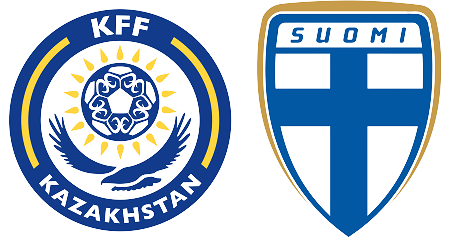 Where is the game being televised? DAZN Deutsch, Sky Sports Football and Ziggo Kanaal 14.