Juventus could move into the top four with a win this weekend but face a Verona side who they have failed to beat in each of the pair's last four head-to-heads in Serie A. The visitors sit 9th in the table, 9pts adrift of Juve, but will fancy their chances of causing an upset this weekend.

Verona have picked up two wins and two draws from their last four league games against Juventus, winning 2-1 when the two sides last locked horns back in October. Juve had failed to win three of their last six outings in all competitions while Verona have only lost two of their last six fixtures, so you can see why we fancy the visitors to avoid defeat against an understrength Juventus. The hosts could be without a number of their players due to suspension and injury. including Locatelli, Morata, Bernardeschi, Bonucci and Chiesa.

There is a good chance that we will be treated to goals at both ends of the pitch in this Serie A clash as that has been the way each of the last eight encounters between the two clubs have ended. Both teams have also scored in four of Juve's and five of Verona's last six outings in all competitions, adding further weight to our prediction.

All you need to know about Juventus vs Verona

Juve's last match saw them make the trip to Milan to face 3rd-placed AC. The game was tight and tense throughout with both teams having chances to secure all 3pts but instead, the game ended goalless. That point puts Juventus in 5th place heading into this weekend's latest round of fixtures in Italy's top-flight, a point behind Atalanta but still well off the pace in the race for the title.

Verona went behind early on at home to Bologna in their last outing but managed to turn the game on its head and secure all 3pts. Caprari equalised in the 38th-minute and just as it looked like the game would end all square, substitute Kalinic force home the winning goal 5-minutes from time. A win this weekend, coupled with results elsewhere going in their favour, could see Verona move into the top seven and establish them as European challengers once again.

Juventus: Locatelli is suspended, while Morata, Pellegrini, Bernardeschi, Da, Bonucci and Chiesa are all injury concerns.

Verona: Simeone is suspended for the visitors and teammates Dawidowicz and Frabotta could miss out through injury. 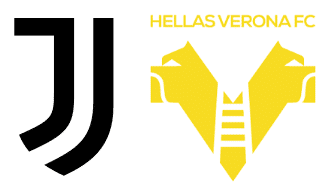