Juventus and Spezia put on a five-goal thriller when the pair went head-to-head in Serie A back in September and with Juve's injury list mounting up, Sunday's clash in Turin could also end up being much closer than most would have expected.

At least three goals have been scored in each of the last four league meetings between these two clubs, and we're expecting another action-packed 90-minutes in Turin. Over 2.5 goals were produced in Juve's last league game which produced a 3-2 win against Empoli. Four of Spezia's last six outings have witnessed at least three goals scored, the last two of which have ended in 2-1 defeats.

Both teams have scored in each of the five previous league meetings between Juventus and Spezia, including the 2006/07 campaign when Juve were playing in Serie B. Five of Juventus' last six outings in league and cup have ended with both teams getting on the scoreboard, while four of Spezia's last six matches in Serie A have also witnessed goals at both ends.

All you need to know ahead of Juventus vs Spezia

Juventus expected to secure all 3pts this weekend

Spezia played host to Mourinho's Roma in their last league game, a game which proved to be tight and tense throughout and only produced one goal. The first half ended goalless but Amian was shown two yellow cards and received his marching orders in the 45th-minute. With a man down it was always going to be hard for Spezia to win this game but it looked like they might claim a point until deep into stoppage time when Roma were awarded a penalty which former Chelsea man, Tammy Abraham, converted to win the game for Roma.

Juventus were busy in midweek away at Fiorentina for the 1st leg of their Coppa Italia semi-final. A tight and tense 90-minutes appeared to be heading for a goalless draw until an unfortunate own goal from Venuti handed Juve a 1-0 lead ahead of the 2ng leg in Turin. In terms of the Serie A table, Juve sit 4th as things stand and will be hoping to close the gap on Inter Milan to just 2pts this weekend.

Juventus: the hosts could be without Zakaria, Jorge, Sandro, McKennie, Dybala, Rugani, De Winter, Chiellini, Bernardeschi and Chiesa this weekend.

Spezia: Amian misses out due to suspension, while Sala, Colley, Zoet, Sena and Sher are all injury concerns. 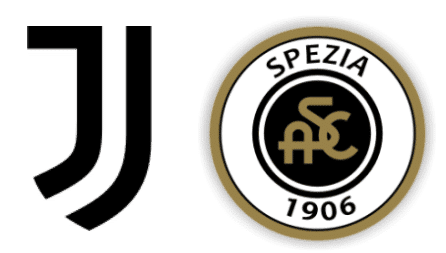