Free Predictions and Odds for Juventus vs Salernitana

Juventus will be looking to keep the pressure on Inter Milan and Napoli by beating bottom of the table Salernitana in Serie A this weekend. The visitors arrive looking destined for relegation back down to Serie B after just one season back in the top-flight and it's hard to see them getting anything out of Sunday's trip to Turin.

Morata top scores in the league for Juventus this season with 8-goals and has been in pretty good form for the Italian giants of late. The Spanish international has scored 3-goals in his last three games for Juve in all competitions and we're backing him to score against a leaky Salernitana defence this weekend just as he did when the two sides locked horns in November.

Juventus have won two of their three previous encounters against Salernitana and on each of those occasions, Juve have kept a clean sheet. The hosts head into this game on the back of four wins from their last six matches in all competitions and have kept two clean sheets in their last four fixtures. Salernitana lost their last away game 5-0 against Inter Milan and now face another of the division's top teams where a similar result is expected.

Juventus went crashing out of the Champions League in midweek when they played host to Villarreal. The pair had drawn the 1st leg in Spain 1-1 and the first half in Italy ended goalless. However, a great second-half display from the La Liga outfit produced 3-goals in the last 12-minutes to secure safe passage into the next round. Juve started the Serie A season slowly but have not got themselves back into a position where they could challenge for the title but need to maintain their winning run in the league and hope their rivals drop points.

Salernitana started their home game against Sassuolo last weekend well, opening the scoring in the 8th-minute through Bonazzoli. However, goals from Scamacca and Traore put Sassuolo into a 2-1 lead heading into the break. Salernitana need to respond in the second half and managed to get back onto level terms through Duric 9-minutes from time but couldn't carve out a winner.

Juventus: Bonucci, Zakaria, Jorge, McKennie and De Winter are the main injury concerns for the hosts.

Salernitana: Veseli, José, Mazzocchi and Schiavone could all miss the trip to Turin through injury. 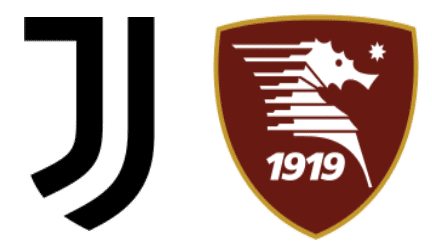