Juventus sit two positions and 5pts behind Napoli in the Serie A table so it is important that the hosts secure all 3pts on Thursday. Juve had a tough first half of the season but will be hoping to save their campaign by improving enough to challenge for the Champions League places and maybe even the title itself.

We're backing Thursday's big game between Juve and Napoli to end in a draw because although Juventus have the home advantage, Napoli have outperformed their hosts in most departments so far this season. Juve haven't lost any of their last six matches in league or cup and while Napoli have lost three of their last six fixtures, none of those have been on the road. Napoli have a much better goal difference than their hosts and both teams are missing some key players so we can see this game ending all sqaure.

We're not expecting there to be many goals on offer this Thursday as three of the last five head-to-heads between the two clubs have produced under 2.5 goals. Under 2.5 goals have also been scored in each of Juventus's last six matches as well as in each of Napoli's last three games, and both teams are missing key attacking players through injury and COVID-19 restrictions.

Juventus were expected to beat struggling Cagliari at home and that's just what they did. Moise Kean opened the scoring 5-minutes before the break and 7-minutes from time Bernardeschi made it 2-0. Juve now sit 5th in the table on 34pts and while they can't move above Atalanta in 4th this week, they could reduce the gap between the pair to just 1pt if they win against Napoli.

Napoli suffered a shock defeat at home against Spezia in their final game of 2021. An own goal from Juan Jesus proved the difference between the two clubs, providing Spezia with a much-needed win in their fight against relegation. Napoli sit 3pts behind 2nd-placed AC Milan but do have a better goal difference than all teams bar the league leaders Inter Milan and their performance in the first-half of the campaign suggests that they can win still win the title.

Juventus: Bonucci, Chiellini, Arthur, Pinsoglio, Kean and Rabiot are all doubts for the hosts due to injury and COVID-19 restrictions.

Napoli: Rui is suspended, while Petagna, Malcuit, Elmas, Osimhen, Lozano and Koulibaly could miss the trip to Turin for the visitors. 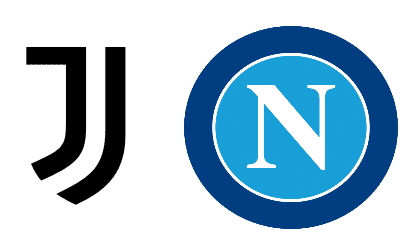