With Champions League football now guaranteed, Juventus can set their sites on dislodging Napoli from third spot in the Serie A table. Juve currently sit a point behind the Naples-based club and will move into third if they managed to beat Genoa on Friday night. The hosts are battling for their Serie A status and won't go down without a fight, so this game should prove very interesting.

There is a great chance that we will be treated to goals at both ends of the pitch in this Serie A encounter as five of the last six encounters between these two clubs in league and cup have ended the very same way. Genoa have found the back of the net in each of their last three home games while both teams have scored in four of Juve's last five fixtures, adding further weight to our prediction for Friday's clash.

All you need to know ahead of Genoa vs Juventus

Juve have secured Champions League football with games to spare

Genoa made the trip to Sampdoria at the weekend hoping to secure a much-needed victory. However, the game only produced a single goal and it was Sampdorai's Sabiri that scored it in the 25th-minute. Genoa have now slipped behind Salernitana are remain 3pts from safety with just three games of the season remaining, so a win at home is required on Friday to give Genoa a realistic chance of surviving relegation.

Juventus played host to another of the division's relegation battlers last time out, beating Venezia 2-1 in an early kick-off. Juve's veteran centre-back, Bonucci, scored two goals either side of a Venezia equaliser to hand the home side a narrow win that made certain of Champions League football for next season.

Juventus: De Sciglio, Cuadrado, Locatelli, Jorge, McKennie and Chiesa all look set to miss the trip to Genoa due to injury. 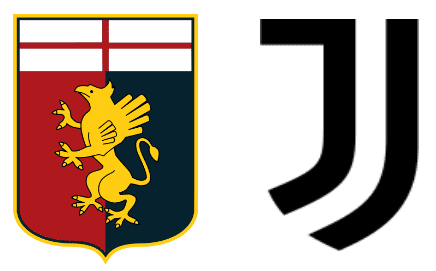