The Semi-Finals of the Nations League are upon us and up for grabs on Wednesday night is a place in the Final against either Belgium or France. The hosts Italy head into this game as the bookmaker's slight favourites to win but both teams are missing key personnel and we're expecting a tight and tense 90-minutes at the San Siro.

Here are our predictions for Italy vs Spain

Under 2.5 goals have been scored, or not scored in some cases, in six of the last seven meetings between Italy and Spain in all competitions. In the Summer these two sides met in the Semi-Finals of Euro 2020 where the game ended 1-1 after 90-minutes and we're predicting another low-scoring match on Wednesday night. Four of Italy's and three of Spain's last five matches in all competitions have produced under 2.5 goals.

We've backed these two international giants to play out a draw on Wednesday as five of their last seven head-to-heads have finished level after 90-minutes. Four of Italy's and two of Spain's last five outings in all competitions have ended level at the full-time whistle with some going on into extra time and then penalties, so don't be surprised if that is just the way that Wednesday's Semi-Final goes as well.

In terms of a final scoreline at the end of 90-minutes, we're backing these two sides to produce a goalless draw. Both teams have injuries to key players and that is bound to affect their attacking ability. This is a huge match for both teams as they are one step away from the final and as we have mentioned above, these two sides often playing out draws in which under 2.5 goals are produced.

Can Italy repeat their Euro 2020 success and beat Spain in the Semi-Finals of the Nations League?

Last time out, Italy secured a comfortable 5-0 win in the World Cup qualifiers against Lithuania. Moise Kean, Raspadori and Di Lorenzo were all on the scoreline that day and all three are available to face Spain at the San Siro. Italy have the home advantage against Spain but both teams will be missing a number of regular first-team players for one reason or another and that could lead to some disjointed performances in what is already going to be a nervy match for both countries.

Fornals and Torres were both on target as Spain secured a 2-0 victory away at Kosovo in the World Cup qualifiers last month. Spain showed their good and their bad side at Euro 2020 before being knocked out by Wednesday opponents Italy in the Semi-Finals. Luis Enrique will be hoping that history doesn't repeat itself this week but history doesn't favour the visitors as there hasn't been an away win in this fixture this 1971. 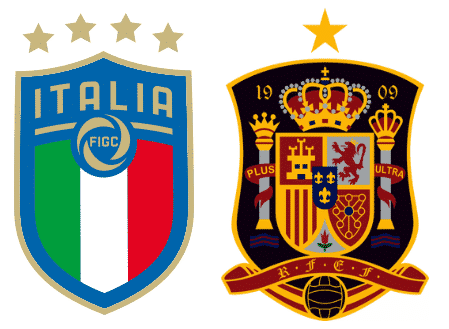