Inter Milan have a game in hand on the league leaders AC Milan but currently, sit 1pt behind their arch-rivals in the Serie A table. This weekend, Sassuolo provide the opposition at the San Siro where they will be hoping to secure all 3pts and move back into the top 10.

Dzeko is enjoying life at Inter Milan and heads into this weekend's clash with Sassuolo in great form. The 35-year-old striker has scored 10 league goals already this season and has found the back of the net in three of his last five matches in all competitions, so you can see why we're backing the former Man City forward to score on Sunday.

Inter Milan would have been expecting a tough trip to Napoli in their last league game, and that's just what they got. Napoli took the lead in the 7th-minute via an Insigne penalty but early in the second half, Dzeko got the visitors back onto level terms and the scoreline ended 1-1. That draw allowed AC Milan to take the top spot in Serie A and now Inter Milan need to get back to winning ways if they are to retake the number one spot on Sunday.

Sassuolo were held to a 2-2 draw at home by Roma last time out but in the end, a point apiece was probably a fair result. Roma went in at the break 1-0 up thanks to a late penalty but an own goal from Sampling early in the second half made the scoreline 1-1. Traore put Sassuolo 2-1 up but Sassuolo couldn't see their way to victory as Roma equalised in stoppage-time.

Inter Milan: Bastoni is suspended for the hosts and both Correa and Gosens look set to miss the game through injury.

Sassuolo: Raspadori and Scamacca return from suspension for the visitors but Ferrari misses out after being sent-off against Roma, while Djuricic is injured. 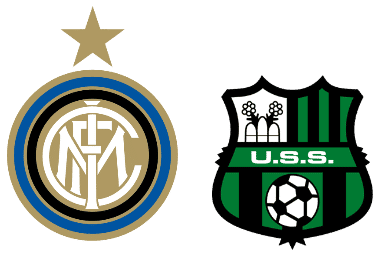