The final game to be played on Saturday, October 22nd in Serie A is probably one of the most interesting matchups of the round, the Fiorentina vs Inter Milan duel. Here is a detailed preview of the match.

If you are not sure what is the best bet for Fiorentina vs Inter Milan, check our top betting predictions for this match:

We saw three or more goals in three of the last five head-to-head duels between Fiorentina and Inter Milan, so we can see that being the case on Saturday once again.

Since we expect to see at least three goals in this match, we also expect both teams to score. After all, that was the case in four of the last five h2h meetings between Fiorentina and Inter Milan.

In addition to this, both teams have scored in 70% of all Inter Milan matches in the league this season, while the same is true for 40% of all Fiorentina games in Serie A until now.

The Top Odds and Stats for Fiorentina vs Inter Milan

If you want to check some of the best odds and key figures for Fiorentina vs Inter Milan, you've come to the right place:

This can be a very interesting matchup, so let's take a better look at both teams before they meet on Saturday:

With ten points from ten matches, Fiorentina didn't have the best of starts in the new Serie A season. In fact, the team is currently in the lower half of the standings and they have won just one game of their last six in the league. So, they clearly need some good results to get their confidence for the upcoming matches.

Meanwhile, Fiorentina is without injured Gaetano Castrovilli, while Luka Jovic is doubtful for this game after getting a knock in the last round.

With three wins and three losses in the last six games in Serie A, Inter Milan clearly didn't do as well as they would've liked. The team has been inconsistent this season, which is why they are currently in the seventh place in the standings and already eight points behind league leaders Napoli.

When it comes to team news, Inter Milan remains without Marcelo Brozovic ahead of the next game, but the rest of the team is in good shape.

Fiorentina vs Inter Milan – Your Questions 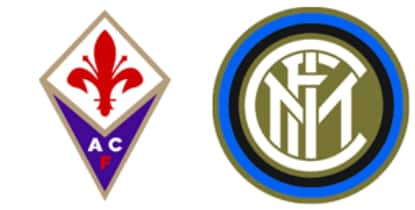