With three games left to play this season, Inter Milan have to keep on winning and hope their local rivals AC Milan slip up if they want to reclaim the Serie A title. Inter have the home advantage against mid-table Empoli and are the big favourites to secure all 3pts on Friday evening.

Inter have secured wins in each of their last nine games against Empoli and both teams have scored in two of the pair's last three encounters in all competitions. Inter ran out 3-2 winners in extra time when the pair met in the Coppa Italia back in January and the hosts head into this game on the back of five wins from their last six outings. Empoli have lost three of their last five league games but always carry a threat going forward.

Martinez top scores for Inter Milan in Serie A this season with 17-goals and will be hoping to hit the 20-goals mark in the final four games of the campaign. We're backing Martinez to score on Friday as the 24-year-old has scored 5-goals in his last games for Inter Milan and is in red hot form right now.

Inter simply must win to put pressure on AC Milan

Inter Milan made the trip to Udinese at the weekend expecting another tough 90-minutes of football, and that is just what they got. A goal from Perisic in the 12th-minute put Inter in front and before the break, Martinez made it 2-0. Udinese pulled a goal back through Pussetto in the 72nd-minute to set up a nervy ending to the game but Inter Milan held on to secure a much-needed 3pts.

Empoli might have had the home advantage against Torino last time out but it didn't show. Despite taking the lead early in the second half through Zurkowski, Empoli conceded three goals, two of which were penalties, in the final stages of the match and ended up on the end of a 3-1 defeat.

Inter Milan: Nicolò Barella and Alessandro Bastoni are the main injury concerns for the hosts.

Empoli: Verre and Stojanovic will miss the game through suspension, while Tonelli and Hass have injuries. 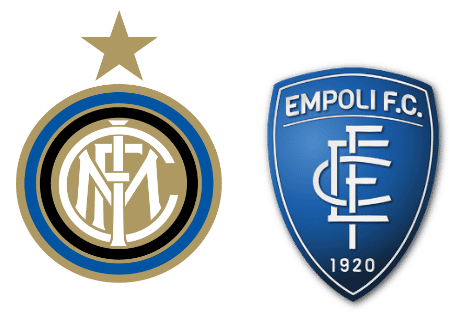