Inter Milan can't win the Serie A this weekend but they could lose it. Cagliari provide the opposition at the Unipol Domus on Sunday 15th May where the hosts will be desperate from 3pts of their own as they are in the thick of a relegation battle.

Of the last seven meetings between these two clubs in all competitions, five have ended with both teams getting on the scoreboard. Four of Cagliari's and five of Inter Milan's last six outings in league and cup have produced goals at both ends of the pitch, adding further weight to our prediction for Sunday's clash.

Martinez top scores for Inter Milan this season with 19-goals in Serie A alone, so you can see why we're backing the Argentine striker to find the back of the net against Cagliari this weekend. Martinez, who continues to be linked with a move to the Premier League, is in fine form for his club, scoring 7-goals in his last six appearances in all competitions.

Nothing but a win will do for Inter Milan

Cagliari made the trip to in-form Salernitana last weekend and managed to come away with a decent point. The first half was tight and tense and failed to produce any goals but Verdi put Salernitana in front from the penalty spot in the 68th-minute. Cagliari looked like they had lost the game as the pair entered stoppage-time, only for Altare to equalise with virtually the last kick of the match. That result leaves Cagliari a point from safety with two games left to play.

Inter Milan made hard work of their home game against Empoli after finding themselves 2-0 down inside the opening half an hour. However, an own goal from Romagnoli and an effort from Martinez saw the two sides go in level at the break. Martinez bagged his second goal of the game in the 64th-minute and Sanchez wrapped up the 3pts deep into stoppage-time with Inter's fourth of the evening.

Cagliari: the hosts have a clean bill of health ahead of Sunday's big match.

Inter Milan: Alessandro Bastoni has a calf strain that could keep him out of this weekend's game. 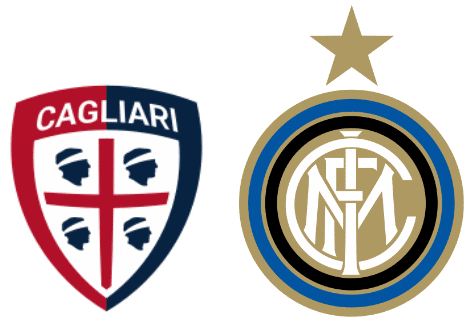