Iceland and Liechtenstein face off in a UEFA World Cup Qualification Group J fixture in Reykjavík on Monday. Read our expert predictions and find the latest odds for the game below in our match preview.

The bottom two nations in Group J lock horns in Reykjavík when Iceland host Liechtenstein. Find our top three predictions for the contest below.

Odds, taken from Ladbrokes, are subject to change.

Iceland and Liechtenstein occupy the bottom two places in Group J and both nations’ World Cup qualification dreams are in tatters. Iceland however, can give their supporters something to cheer with a routine win over their counterparts however. The Strákarnir okkar won 4-1 at Liechtenstein in the reverse fixture back in March and that was the third time in five qualifiers involving Iceland where over 2.5 goals hit the net. With more goals on the menu in Reykjavík, stick to the same market on Monday.

Goals to be Scored in Both Halves

Iceland found the net in both halves when they thumped Liechtenstein 4-1 on their own patch in March and we’re tipping goals to be plundered in each period again when the nations meet for the second time on Monday. Liechtenstein have conceded in both halves four times in their last six Group J assignments and the same market is available at a price worth backing here.

Iceland to Win to Nil

Iceland are still searching for their first clean sheet in Group J, though they could end their wait for a shutout on Monday. With a paltry two goals in seven matches, Liechtenstein are comfortably the least prolific team in the section and they have failed to register in three of their last four qualification fixtures. They have scored just two goals in their last away international overall and that dreadful record makes Iceland a solid bet to win to nil this week.

Iceland vs Liechtenstein preview: Iceland’s chance to restore some pride

Iceland’s heroic performances at Euro 2016 already feel like a lifetime ago and the nation’s current crop of players have been struggling to replicate their predecessors’ success. Iceland were handed a fortunate draw in Group J, though they have failed miserably to capitalise on the luck and remain competitive during their World Cup qualification campaign, collecting just five points from seven games. Their solitary victory in the group came at Liechtenstein’s expense however, and a second win against them would offer a shred of positivity.

Liechtenstein are playing the familiar role as the whipping boys of Group J, though their 4-0 reverse at home to North Macedonia on Friday would have still scalded their pride. Liechtenstein have now conceded a huge 19 times in just seven qualification fixtures and Martin Stocklasa’s side look completely devoid of confidence. 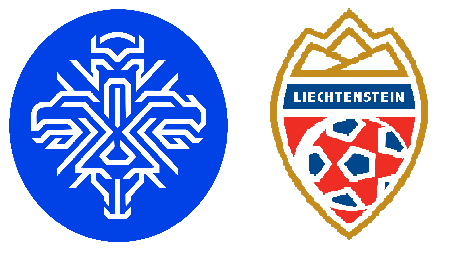 Who is favourite to win on Monday?

Iceland are huge odds on favourites to beat Liechtenstein on Monday