Hull vs Barnsley: Check out our betting tips

After beating QPR last week it was back to reality for Barnsley on Saturday as they lost at Coventry. Survival looks a long way off for them now. Can they win here to offer a glimmer of hope? Find out with our Hull vs Barnsley match preview with free tips, predictions and odds mentioned along the way.

Tigers to take the points

Things have not gone too well for Barnsley this season; they have lost seven of their last eight games in all competitions. As a matter of fact, Barnsley have won just one of their last 15 league games, and they lost 11 of those games. Also, Barnsley won just three games this season, and all three wins were at home; they have no wins away from home, with four draws and 12 losses from 16 road games. On the other hand, Hull City have been relatively better than Barnsley, they've won three of their last eight games; Considering Barnsley lost 75% of their road games, we're predicting a win for Hull City.

Barnsley have not just struggled to win games, they've also found it difficult to score goals. Poya Asbaghi's men failed to score in five of their last seven games; they scored just two goals in that seven game stretch. Due to their lack of goals, Barnsley's games have mostly been low scoring; five of their last six games went under 1.5. Similarly, Hull City scored just one goal in their last three games, and they kept four clean sheets in their last eight games; eight of Hull City's last nine games went below the 2.5 goal margin. Furthermore, meetings between these sides have mostly been low scoring, as five of their last six clashes went under 2.5; with this in mind, we shouldn't expect a lot of goals in this game.

Here are the key stats & form guide for Hull vs Barnsley

For a long time this season Hull had looked in danger but heading into the final stretch, their situation looks a damn sight brighter than that of Barnsley's. The Tykes look doomed and this game is very much a must win for them.

Hull City have been going through a rough patch lately; they are without a win in their last five games, with two draws and three losses. Shota Arveladze's men will welcome last-placed Barnsley to the MKM Stadium; they'll hope to put an end to their unwanted streak.

Barnsley have been the worst team in the Championship this season; they've won just three of 31 games they've played so far, losing 20 of them. Poya Asbaghi has lost two-thirds of his games since he was hired in November; he'll need to do better if he intends to keep his job. 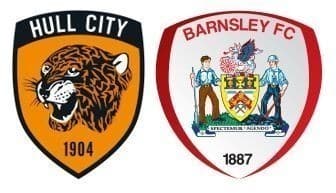