Top free betting tips and odds for Frankfurt vs Hoffenheim

Eintracht Frankfurt welcomes the visiting Hoffenheim for the next engagement of 2021-22 Bundesliga on Saturday, 23 April. Both teams will be keen to get a win, following their league winless streaks.

Frankfurt won only once in the Europa League in the recent attempts and without a win from the last four league outings. On the other hand, Hoffenheim are also winless in the previous five games, losing three of them. Die Kraichgauer have also lost the last two away outings consecutively. Additionally, the Eagles have registered three wins in a row in the recent hosting H2Hs. So we back the Frankfurt to get back their winning way at the end of this game.

Though Frankfurt couldn’t get a huge collection of goals recently, the Eagles have scored in five of the last six home attempts. However, Hoffenheim failed to score in each of the previous two away outings. Die Kraichgauer were also goalless in one of the previous two H2Hs at Frankfurt’s home and scored only one goal in that duration. So we don’t see the teams getting on the scoresheet at the same time.

Frankfurt vs Hoffenheim: Check out the best odds and the latest stats

Frankfurt vs Hoffenheim: Check out the team lineups

The Eagles got their consecutive second Bundesliga defeat in the last game against Union Berlin. 10 wins out of 30 attempts, along with nine draws got the team to the tenth position of the points table. Kevin Trapp, Diant Ramaj and Djibril Sow will not be able to play the game due to fitness issues.

Die Kraichgaue ended their sequence of defeats but managed to get only one point in the last game against Greuther Furth. However, Hoffenheim has a total of 13 wins in the 30 games of the season and stands at the eighth position in the standings. The team manager Sebastian Hoeneb will miss eight players of the team due to injury issues and suspension.

Questions About Frankfurt vs Hoffenheim 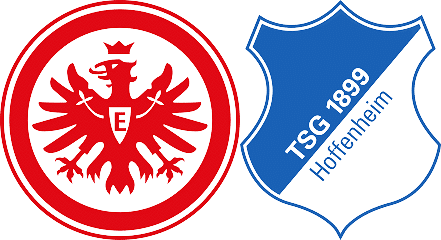 Where is the game being televised? Sky Bundesliga, Viaplay (Pol).