Rigas and HJK meet in the second leg of Champions League qualifiers on Tuesday, July 12th after the Finnish champions established a first-leg lead last week. Read our free predictions and find the latest odds for the fixture below in our detailed match preview.

If you are struggling to choose the best bet for Rigas vs HJK, check our favourite betting tips for this game:

Rigas and HJK to Draw

The first leg between Rigas and HJK ended with a minimal win for the Finnish champions and that could prove to be the deciding factor in this matchup since we expect the second leg to end without a winner.

After all, HJK is the better team on paper and they've beaten Rigas in two of their last three duels. So, taking the fact that Rigas is the home team in this game, a draw sounds like the most realistic outcome.

Two of the previous three h2h meetings between Rigas and HJK have gone under 2.5 total goals and we expect the same to happen in their upcoming match on Tuesday.

Top Betting Odds and Stats for Rigas vs HJK

View our selection of the best stats for Tuesday's qualifier below alongside a tool to help you choose the best odds.

Read all of the latest injury updates and team news for this Tuesday's Champions League qualification clash between Rigas and HJK below:

After twenty rounds in the Latvian league, Rigas is currently second, five points behind Valmiera. So, they have a long way to go if they want to defend their title, the first-ever for the club. In the last six games in the league, Rigas has three wins, one draw, and two losses, so they have been rather inconsistent lately.

On the bright side, Rigas doesn't have any fresh injury concerns, so we will likely see largely the same starting lineup as we did in the first leg against HJK.

With two wins, two draws, and two losses in the last six games in the Finish championship, HJK has been far from great form. Still, they are in the second place in the standings at the moment, six points behind league leaders KuPS. The team also has a positive score from the first leg against Rigas.

On top of this, HJK has no injury concerns at this moment, so they will be able to field their best team in this game. 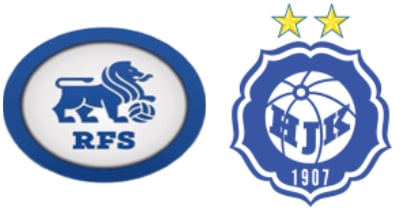